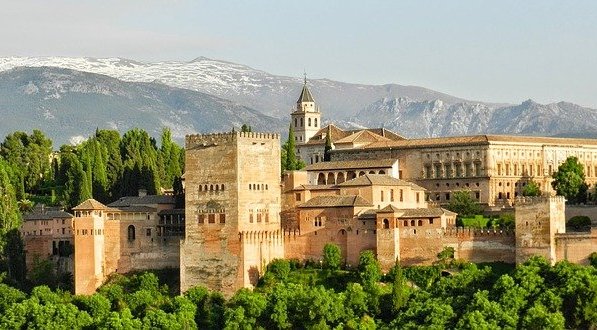 GRANADA’S world-famous Alhambra palace complex and the city’s beloved Cathedral have been damaged by recent earthquakes.

Some of Granada’s most iconic historical buildings have been damaged by a recent wave of earthquakes that struck the Andalucian city.

In the last two weeks, 1158 earthquakes have hit Granada – including five with a Richter Scale of 4 and another twenty-two above 3. For the city’s world-famous historical attractions earthquakes are nothing new – but the recent wave has increased previous damage in the Cathedral and created new problems for the Alhambra.

The Alhambra, built by the Moors in the mid-13th century, is considered one of the finest examples of Islamic architecture on Earth and is listed among Spain’s top tourist attractions. The vast and complex building served as a palace and fortress, and has now received damage to its main tower. The structure was known to be relatively unstable for years, but recent seismic shocks has caused experts to rush to protect it from further damage.

Meanwhile, the city’s magnificent Cathedral –  built in the 16th century and designed by legendary Spanish architect Diego de Siloe – has had its previous seismic damage worsened by the recent earthquakes. A pinnacle collapsed in one quake and, although nobody was hurt, experts may have to take down the church’s five others to reinforce them from further damage. A crack on one of its walls, caused by the devastating 1775 Lisbon Earthquake, has also grown in size. Although the crack poses no danger to the building’s structure, it could cause issues for the preservation of a valuable fresco.