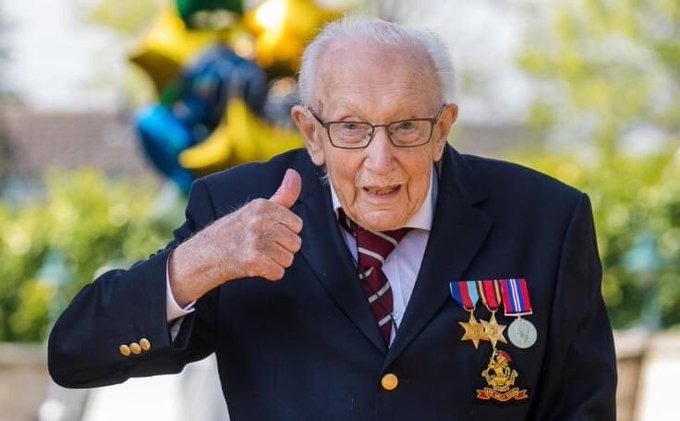 A NEW coin could be released in honour of Captain Sir Tom Moore, after the suggestion was raised in Parliament.

Sir Tom became an icon for many during the COVID-19 pandemic as he raised over £32 million for the NHS during the first lockdown, but sadly he passed away on Tuesday.

At the Prime Minister’s Questions Boris Johnson had encouraged the entirety of the UK to join in and clap for Sir Tom on Wednesday at 6 pm.

The issue of the possibility of new coin was raised on Thursday in Parliament by Conservative former minister Caroline Nokes. Speaking to the Commons she said, “Captain Sir Tom Moore taught us that tomorrow is a good day.

“Can I ask (Mr Rees-Mogg) as Lord President of the Privy Council to use his influence to bring about a commemorative coin for this remarkable national treasure and a debate in this House?”

Mr Rees-Mogg responded to the comments and explain that, “(Ms Nokes) has the most brilliantly obscure knowledge because the approval of all coins does indeed come before the Privy Council on the suggestion of the Royal Mint.

“I hope that as Lord President I do see a proposal from the Royal Mint in due course.”

He then went on to pay tribute to Sir Tom and said, “Captain Sir Tom Moore dedicated his life to serving his country and others, and he showed the value of all life that he in his hundredth and hundredth and first year showed that somebody of great age can make as important a contribution as anybody else in the country did over that last year.

“It is a reminder to all of us of the value of life and why it’s been right to protect life as far as we possibly can during this incredibly difficult period.”