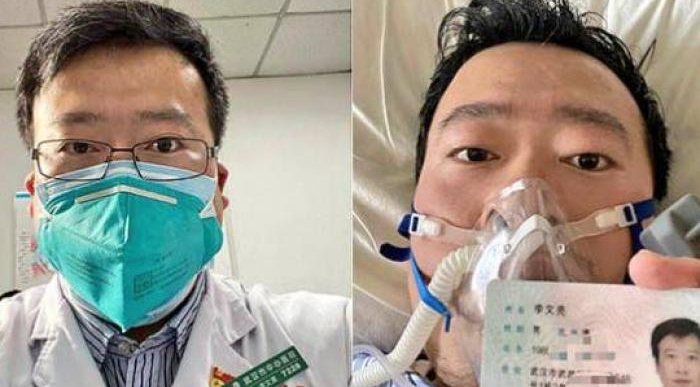 Dr. Len Wenliang died from Covid-19 after raising an alarm during the early days of the virus in Wuhan - Image Source: Twitter

TRIBUTES have been paid on Chinese social media one year after the death of the Wuhan doctor who first raised a warning about the Covid-19 virus in early 2020.

Dr. Li Wenliang was the first medical professional in the Chinese city of Wuhan to raise a warning of a deadly new disease – Covid-19 – that has now led to 2.3 million deaths worldwide. A year after the whistleblower lost his life to the virus, tributes have been paid on Chinese social media celebrating the courageous doctor.

The eye doctor was based in Wuhan, the western Chinese city where the coronavirus is thought to have emerged from. He warned his colleagues that he had detected a new disease in some patients that was similar to Sars – another deadly virus outbreak. The Chinese authorities reportedly probed the doctor for spreading “false rumours” and urged him to keep quiet about his discovery.

Dr. Li died from the virus himself on February 7th, 2020, and is now considered a hero by the Chinese public who have criticised their strict government for their delayed response to the lethal pandemic. Bowed by public pressure, Beijing was forced to honour the deceased doctor. A team of WHO investigators are currently working in Wuhan to solve the mystery of the virus’ murky origins.

On Li’s official Weibo page, China’s equivalent to Twitter, thousands of users have paid their tributes to the deceased doctor on the first anniversary of his death. The domain has become a rare space for free speech on China’s heavily censored internet, with many users expressing their anger at Beijing’s alleged attempts to suppress early reports of the virus.

The world is still grappling with the Covid-19 pandemic, possibly the most disruptive global event since the Second World War, with countries across the globe are currently battling a deadly third wave

Although vaccines raise hope of an end to the devastating crisis, the damage of the pandemic will certainly be felt for years to come – socially, economically, and psychologically.