Paige VanZant: From UFC to Bare-Knuckle Fighting to WWE 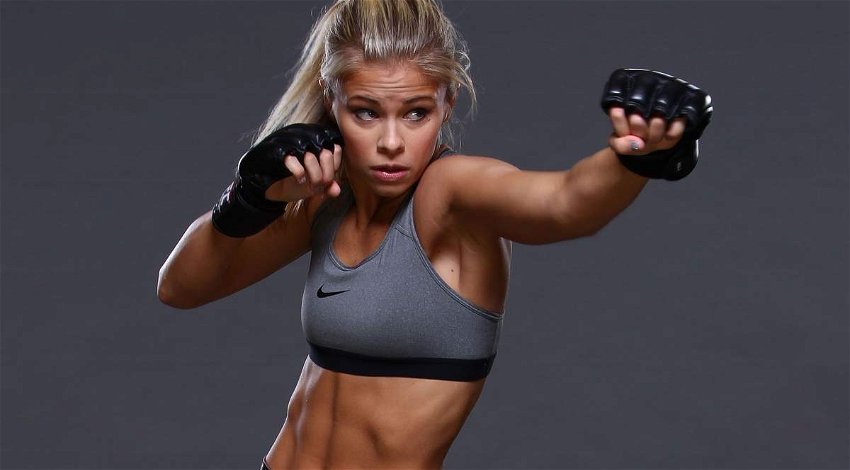 Paige VanZant: From UFC to Bare-Knuckle Fighting to WWE.

EX-UFC star, 26-year-old Paige VanZant, who was recently beaten in a brutal bare-knuckle boxing fight, says she has had talks to join professional wrestling company WWE.

Speaking on the Insight podcast, VanZant revealed that she already visited the WWE Performance Centre in Florida and said “the door is definitely open” to her if she chooses to make the switch from real fighting to choreographed fights.

The former model, who has appeared in the television series Dancing with the Stars in the US said that it is “something that I would like to really pursue.”

VanZant held an 8-5 record during her time in the octagon before making the move to bare-knuckle fighting, ending up on the wrong end of a brutal bout against Britain Hart.

Despite the battering, she vowed not to ‘quit when s*** get tough’ but when asked about following in the footsteps of Ronda Rousey and Brock Lesnar into the ‘squared circle’ of World Wrestling Entertainment, she said: “[I get] asked about WWE a lot and I do feel like it’s something I would be very good at because I kind of have the best of both worlds.”

The 5-foot-4 fighter continued: “I was a dancer where I was used to the entertainment and the showmanship side of it and the combat sports side obviously goes into the WWE.”

“You know, I don’t think that it’s something that I could do both [Bare Knuckle FC and pro wrestling] at the same time

“I feel like I would want to do that 100 per cent, so maybe it’s something that after I’m done fighting in a cage and in a ring that maybe I’ll go over to there but the door is definitely open.”

VanZant has also gained plenty of attention for her sexy posts on Instagram.

“People say she’s an ‘Instagram model’, that kind of thing, but at the end of the day if you’ve seen her face in some of her fights she was a bloody mess.

“She’s not afraid of bleeding, of getting hit, and this is what this sport is about – if you can get hit and throw a punch back you have a good chance of doing well.

“Paige is a tough girl, she didn’t have to come to Bare Knuckle Fighting Championship, she came over to test herself.

“That says a lot about the kind of fighter and athlete that she is. Am I expecting her to transition well? Yes I am.”