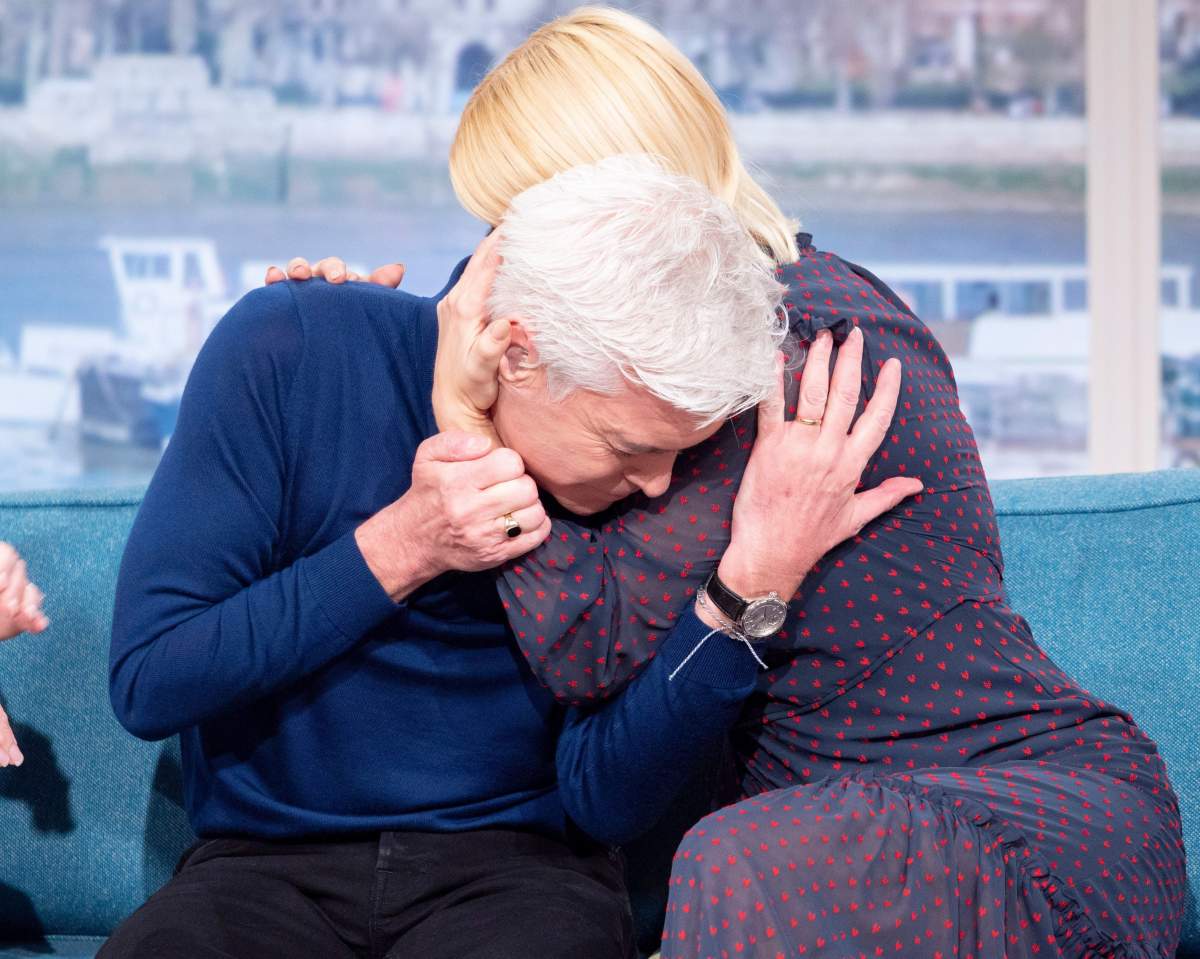 Phil Schofield- 1 Year On From Gay Reveals His £2m Pad, His Divorce News And His Latest ‘Boyfriend’ Joke.

It was a year ago that Phillip Schofield bravely took to the This Morning couch and bared his soul to the nation, admitting that after 27 years of marriage, he had realised he was gay. So what does life look like for Phil 12 months later?

No sooner had the star made his announcement on live TV then the global coronavirus pandemic struck, and he was forced into lockdown at the £2million family home in Henley, Oxon.

He used his downtime to put pen to paper and document his journey in his autobiography, Life Is What You Make It, and come September he was believed to have splashed out £2million on a large semi-detached bachelor pad in Chiswick, London.

Phil’s apparent new home is not far from fellow ITV star Dec Donnelly’s home as well as the house Ant McPartlin shared with his ex-wife Lisa Armstrong. At the time, neighbours told the Daily Mail that Phil had moved in two weeks earlier and that they’d seen him around the property regularly since.

Despite the constant rumours about exactly when Phil and Steph will file for divorce, four months ago the former Broom Cupboard host confirmed that it wasn’t even on the table.

“I’m still married to Steph. With divorce… we’ve not discussed that at all,” he told Chris Evans’ podcast, How to Wow. We’re picking our way through. It’s a work in progress.”

The reveal on TV

The TV presenter made the emotional announcement with the total assist of spouse Stephanie and their two daughters Molly, 28, and Ruby, 25, explaining how his household and their love had helped him by way of his torment.

Schofield, 57, said he had been unable to sleep and that he had gone through “very dark moments”. He expressed sorrow at the pain and confusion he had caused his family, including his wife Steph and two daughters, Molly and Ruby.

“Steph has been incredible – I love her so very much,” Schofield said. “My girls have been astonishing. Today, quite rightly, being gay is a reason to celebrate and be proud,” he said. “Only by facing this, by being honest, can I hope to find peace in my mind and a way forward.”

Schofield, who began broadcasting in New Zealand on the Shazam! music programme, became a household name in Britain by presenting BBC’s children show “From the Broom Cupboard” alongside a hand puppet known as Gordon the Gopher.

He also played Joseph in the London stage show Joseph and the Amazing Technicolor Dreamcoat, taking over from Australian singer Jason Donovan.

“Every day on This Morning, I sit in awe of those we meet who have been brave and open in confronting their truth – so now it’s my turn to share mine,” he said. “Please be kind, especially to my family.”