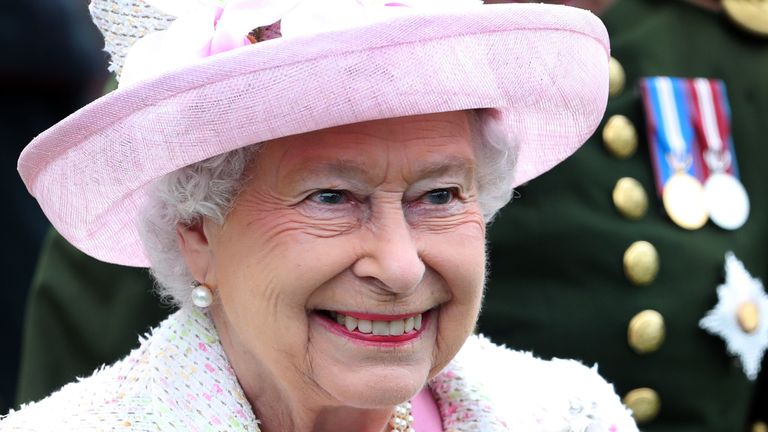 Queen Tried To Conceal Her Wealth By Lobbying For Change In Law- 1970s letters exposed.

THE QUEEN lobbied ministers to change a law in order to shield details of her personal wealth from the public, it has been claimed.

According to documents from the National Archives, the Queen’s own private lawyer, Matthew Farrer, lobbied the Government to make a change to an upcoming piece of legislation. Using a parliamentary procedure called the Queen’s consent, it is claimed Her Majesty stopped the publication of her true wealth after ministers included a clause in the Companies Bill, claims The Guardian newspaper in a new report.

The Queen’s consent must be sought before any legislation is brought before Parliament when it relates to private interests of the Crown or may impact the royal prerogative.

The new clause, drawn up in 1973, granted the Government the power to exempt companies used by heads of state from new transparency measures. The papers revealed Mr Farrer had met with civil servants at the then Department of Trade and Industry to discuss the proposed legislation, The Guardian reports.

Documents seen by the newspaper claim Mr Farrer spoke to a civil servant named CM Drukker, on November 9. Mr Drukker wrote after the meeting: “I have spoken to Mr Farrer.

“As I had recalled he – or rather, I think, his clients – are quite as concerned over the risk of disclosure to directors of a company as to shareholders and the general public. He justifies this not only because of the risk of inadvertent or indiscreet leaking to other people.”

Civil servants apparently then informed ministers who drew up a proposal within a month. The then-Trade Secretary, Geoffrey Howe, wrote to a fellow minister informing him solutions had been drawn up concerning the Companies Bill.

Mr Howe added: “My department have discussed this solution with the legal advisers to the Queen.

“While they cannot, of course, commit themselves to using the suggested new facility, they accept that it is a perfectly reasonable solution to the problem which they face, and that they could not ask us to do more. I am therefore arranging that the necessary provisions should appear in the bill.”

The Queen’s own private wealth has never been disclosed, although the Royal Family has been clear and open on how it is funded and how much it costs the taxpayer.

In 2012, the previous Civil List and the three Grants-in-Aid were replaced by the Sovereign Grant which is funded by the percentage profits of the Crown Estate. This allows the Royal Household to be subject to the same audit scrutiny as other Government expenditure.

Thank you for taking the time to read this news article “Queen Tried To Conceal Her Wealth By Lobbying For Change In Law”. For more UK daily news, Spanish daily news and Global news stories, visit the Euro Weekly News home page.