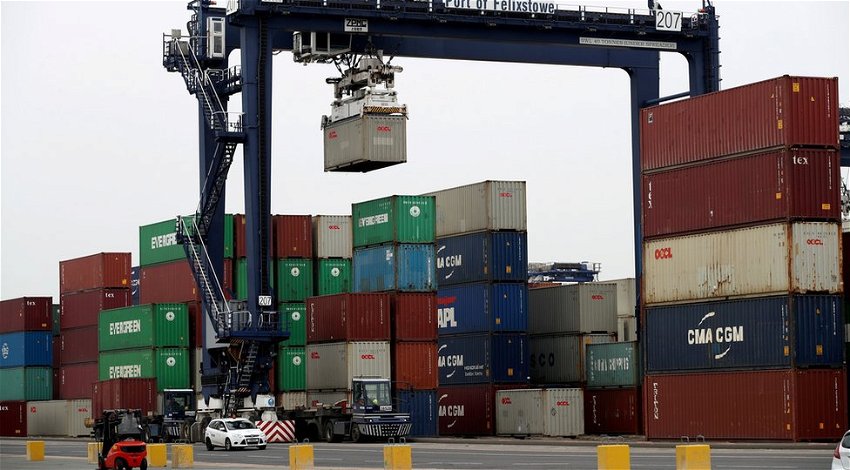 UK EXPORTS going through British ports to the EU fell by a staggering 68% last month compared with January last year, mostly as a result of problems caused by Brexit, according to a report by The Observer.

The dramatic drop in the volume of traffic carried on ferries and through the Channel and the tunnel has been reported to Cabinet Office minister Michael Gove by the Road Haulage Association after a survey of its international members. In a letter to Gove dated 1 February, the RHA’s chief executive, Richard Burnett, also told the minister he and his officials had repeatedly warned over several months of problems and called for measures to lessen difficulties, Burnett says these have been largely ignored.

In particular, he had made clear throughout last year there was an urgent need to increase the number of customs agents to help firms with mountains of extra paperwork. The number now, around 10,000, is still about a fifth of what the RHA says is required to handle the massive increase in the paperwork that is now facing exporters.

Burnett said that in addition to the 68% fall-off in exports, about 65%-75% of vehicles that had come over from the EU were going back empty because there were no goods for them to return with, due to hold-ups on the UK side, and because some UK companies had either temporarily or permanently halted exports to the EU. “I find it deeply frustrating and annoying that ministers have chosen not to listen to the industry and experts,” he said.

Contact with Gove had been limited and had achieved little over recent months. “Michael Gove is the master of extracting information from you and giving nothing back,” he said. “He responds on WhatsApp and says he got the letter but no written response comes.

Pretty much every time we have written over the last six months he has not responded in writing. He tends to get officials to start working on things. But the responses are a complete waste of time because they don’t listen to what the issues were that we raised in the first place,” said Burnett.