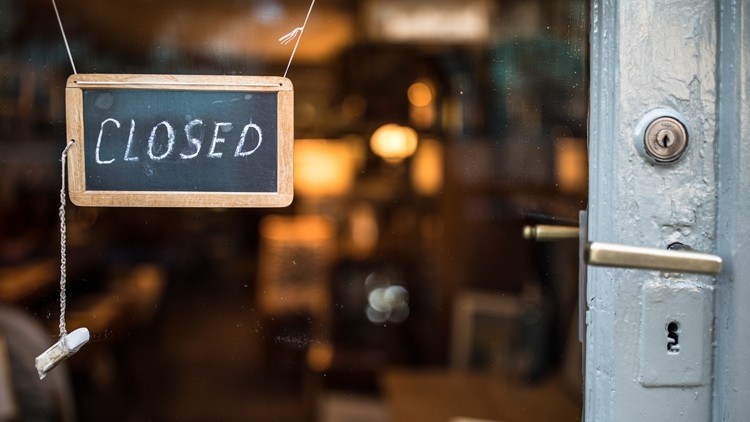 ALICANTE hospitality sector takes collective legal action against the regional government
Business owners in the province of Alicante have announced during a protest on Monday, February 8, that they have officially filed a collective lawsuit against both the regional government of Valencia and the Central Government of Spain for damages suffered as a result of the complete closure of their sector. The peaceful demonstration in Alicante began with two minutes of silence in memory of the victims of the Covid pandemic, as well as a hospitality worker who sadly passed away on Saturday, February 6.
Spokesperson for the ‘Basta ya’ group, José Antonio Reyes, spoke at the gathering, criticising the fact that the Generalitat has already “threatened” the extension of the closure of the hotel and catering establishments. He added that representatives of the sector will take to the streets in protest again next week, and indicated that things would be taken much further if the situation wasn’t addressed by the government.
“The next demonstration will be longer,” Mr Reyes announced. “And we have other strategies and actions, in addition to the legal proceedings.” The industry has once again demanded financial compensation for the “suffocation” due to the closures.
As an added blow to the industry, the president of the Valencian Community, Ximo Puig, announced on Sunday, February 7, that he is in favour of extending the current restrictive measure past the original end date of February 15. This would mean that bars, restaurants and cafes have to remain closed for at least an additional two weeks, while non-essential retail is forced to close its doors at 6pm each evening.
________________________________________________________________________
Thank you for taking the time to read this news article “Alicante Hospitality Sector Takes Legal Action”. For more UK daily news, Spanish daily news and Global news stories, visit the Euro Weekly News home page.