Types of Bitcoin Games You Can Go For 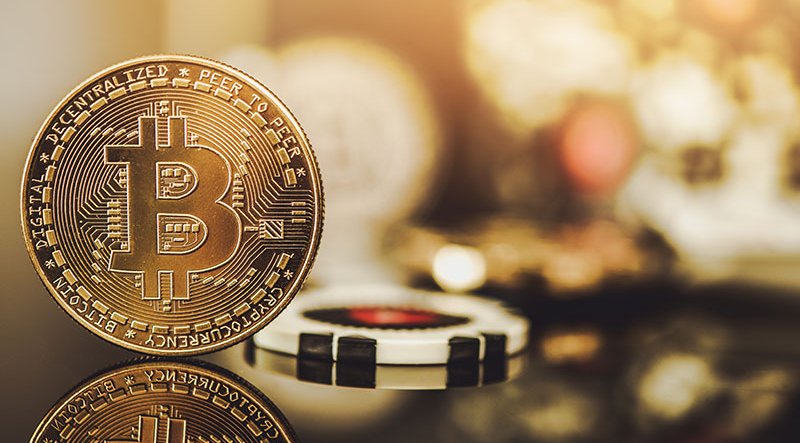 With Bitcoin becoming more and more popular by the day, new groups of people are taking an interest in the cryptocurrency. As you might have guessed, the majority of them are turning to Bitcoin as a potential way to make money, and we can’t say that we blame them.
One popular way to earn money with Bitcoin has been getting special attention from new users – Bitcoin games. These games have been around for quite a while now but only recently have they started picking up steam. While they’re currently attracting a big audience, a lot of people are still unfamiliar with them. So, if you’re interested in learning more about how they work, keep on reading.
Bitcoin Casino Games
The first games on the list that we’re going to be talking about are Bitcoin casino games. Surprisingly enough, Bitcoin casino games have been around even longer than the cryptocurrency has itself! You’re probably wondering how that’s possible, and there’s a simple explanation for this.
Bitcoin casino games are, in essence, online casino games. What makes them different from the regular online casino games is the option to play them with Bitcoin deposits. The option is now available in most online casinos, but there are also specialized casinos exclusively for Bitcoin players.
There’s a lot to gain from playing Bitcoin casino games, but they do come with a pretty big risk. These games are a form of gambling, so there’s never a guarantee that you’re going to win.
To play these games, players will need to deposit some Bitcoin from their wallets and bet on the different games that catch their eye. Luckily, online casinos host a wide range of games, so the one thing that’s always guaranteed is premium entertainment. From classic like Roulette and Poker to modern themed slots, these websites have it all!
As we mentioned, to play at a Bitcoin casino you’re going to need to make a deposit. Of course, you can’t do this if you don’t already have some Bitcoin to spare. If you’re looking to make a nice amount of Bitcoin before heading to an online casino, trying out Bitcoin trading is a good option.
While it might seem complicated, Bitcoin trading is pretty easy nowadays. Thanks to Bitcoin trading platforms like the one on https://bitqt.org/, you can get access to a range of markets, helpful tips, and even take advantage of the option to automate the trading process through advanced AI tech!
Classic Bitcoin Games
Classic Bitcoin games are a much safer alternative to Bitcoin casino games. For one, players don’t need to make any deposits if they want to earn Bitcoin. These games are completely free to play and require no initial investment.
In contrast to Bitcoin casino games, classic Bitcoin games are more reminiscent of popular video game titles! They often take inspiration from old school arcade games and older console games, so players that are more familiar with this form of entertainment are sure to prefer them over casino classics.
With classic Bitcoin games, players can earn Bitcoin by finishing tasks and progressing through the levels of the game. While this might seem pretty simple in theory, there are a few drawbacks to these games.
The first some players might not like about these games are the rewards. Sure, you might get Bitcoin for playing a game, but the amounts you can receive are often very small. Another thing players might be put off by are the ads. The websites hosting these games display a ton of ads to generate revenue. While this is necessary to pay players, the ads can be pretty disruptive.
Hybrid Bitcoin Games
Hybrid Bitcoin games are a somewhat more recent appearance in the world of Bitcoin. As you might have guessed by the title, these games combine features from both of the previous types of Bitcoin games available.
Like classic Bitcoin games, hybrid Bitcoin games usually don’t require a deposit. Players can earn a bit of Bitcoin through playing them without the need to throw down any money. What makes them exciting is the option to gamble with the money you’ve earned by playing up to that point.
Once you’ve made a nice amount of Bitcoin by playing these games, you’re free to dabble in minigames that come with a risk. These minigames may have the same features as classic casino titles, or they can add an online element into the mix!
Some of these games allow players to dish it out against other users for the chance to claim their winnings! A lot of Hybrid Bitcoin games use the popular social games formula, similar to the recent overnight sensation Among Us. They make interactive gaming fun but always include a competitive element.