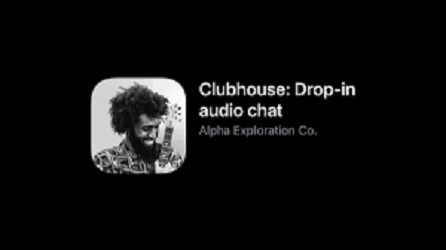 The app is accessible by invite only

CHINA has reportedly banned Clubhouse, the fashionable social networking App which has become a mass phenomenon.

The App, which has exclusivity as one of its strongest points and is accessible by invitation only, was gaining more and more followers around the world and China was no exception.

Chinese users, mostly tech investors and professionals, were said to have been using Clubhouse to talk about topics that would otherwise have been censored, such as democracy.

However, yesterday, Monday February 8, thousands of Chinese users were suddenly unable to access the App and went to WeChat, the government’s ‘official’ messaging application, to report the situation.

Knowing China’s policies, it seems unlikely that Clubhouse will be available again. The app would have a lot to change to comply with the country’s Internet regulation. The country had already placed bans on Instagram and Facebook.

Clubhouse has been criticized in the USA for its lack of effective restraint and abuse prevention practices.

The app was briefly available on the Chinese App Store after its global launch in September, but was removed in October. Since it was not listed in the app store, it is unclear how many Chinese users had been able to access the platform.

Clubhouse is a social networking App based on audio-chat. Users can listen in to conversations, interviews and discussions between interesting people on various topics. It could be said it’s live a live podcast. It’s accessible by invite only, but if you are invited, when you join, you select topics of interest, and the more information you give, the more applicable rooms the App will recommend.

The room are like conference calls, but with some people on the talking and most listening. Once the conversation is over, the room is closed.

It now has two million users and is valued at $1 billion.

But it only became a household name recently, when Elon Musk hosted an audio-chat with Robinhood CEO Vlad Tenev. It reached its maximum capacity and was live-streamed to YouTube. This helped take Clubhouse to the top of the start-up charts and led to more interest in getting invitations, they are so popular that there is even a market for them on sites such as Ebay.