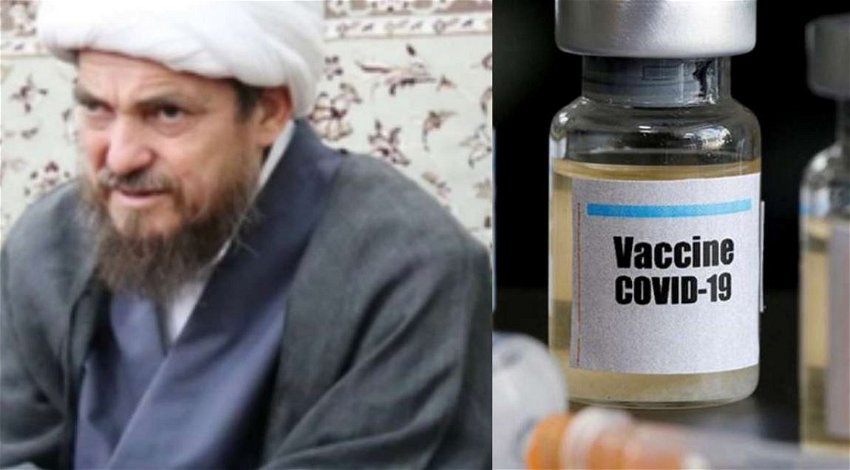 Iranian cleric claims COVID-19 vaccine turns people into ‘homosexuals’ and urges people not to have the jab.

A cleric in the Iranian regime has told his followers that the COVID-19 vaccination turns people into “homosexuals,”  a ‘crime’ which is punishable by death in Iran. Ayatollah Abbas Tabrizian made the outrageous claims on Tuesday, Feb. 8, on the social media platform Telegram, according to local media reports.

“Don’t go near those who have had the COVID vaccine,” the radical Islamist wrote to his nearly 210,000 followers. “They have become homosexuals.”

Tabrizian, who lives in the religious capital of Qom and whose followers refer to him as ayatollah, has a history of promoting bigotry and false information about Western medicine.

Last year, the totalitarian burned “Harrison’s Manual of Medicine” in a videotaped ceremony, claiming that “Islamic medicine” had made such books “irrelevant,” according to Radio Farda, a Radio Free Europe/Radio Liberty broadcast service.

“Like other clerics in the regime, also Tabrizian relates all the shortages [shortcomings] to sexuality,” Iranian dissident Sheina Vojoudi told the Jerusalem Post.

“The clerics in Iran are suffering from a lack of knowledge and humanity. Actually, his goal of spreading nonsense is to try to scare people [out] of getting vaccinated, while the leader of the regime and other officials got Pfizer, and they don’t provide it for the people with the excuse that they don’t trust the West.”

Iran will start its first coronavirus vaccinations this week using Russia’s Sputnik V shot to inoculate health care workers at the epicentre of the Middle East’s worst outbreak. The shots will be given to medical personnel tending to serious cases of the disease in intensive care units from Feb. 9, Iran’s Health Minister Saeed Namaki said on Sunday, without giving more details, according to state-run Islamic Republic News Agency.

Some 1.3 million of the most vulnerable people will also receive their first shots by March 20, or the end of the current Iranian calendar year, according to a statement on the government’s official website, dolat.ir. Ali Raisi, the spokesman for the government’s coronavirus task force, said in the statement that the vaccines will be free of charge.