Firefighter Who Took His Own Life ‘Was Bullied’ 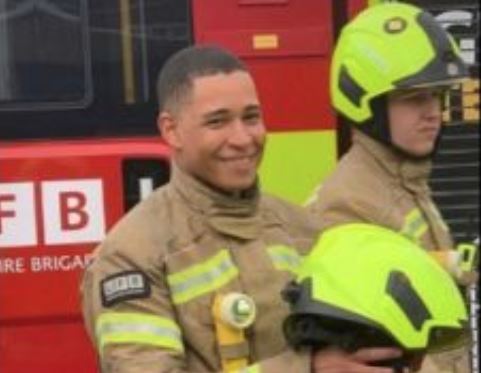 A LONDON FIREFIGHTER who took his own life ‘was bullied’ at his fire station according to family members.

Jaden Francois-Esprit, had only just celebrated his 21st birthday and was training as a firefighter in Wembley with the London Fire Brigade (LFB). His family have spoken out to say how he was bullied at his station and had complained to his family before his unexpected death.

Jaden sadly died on August 26, 2019 at his home in Brewhouse Lane, Wapping, east London, when he decided to take his own life. The firefighter was based at Wembley station and had allegedly been suffering due to bullying from fellow team members.

The inquest held at Poplar Coroner’s Court on Tuesday heard from Linda, Jaden’s mother. She spoke of how the young man had claimed that his crew manager had bullied him, and although he wanted to move to another station he would have to wait and complete his training during the next eight months before he could make a transfer.

Ms Francois court statement said, “I felt he was being unfavourably singled out because he’s an ethnic minority.” She also explained how, “He hated working at Wembley and accused his crew manager of bullying him.

“As a family we believe Jaden had every intention to go to work on August 26, he prepared his uniform.

“Perhaps the thought of sticking it out for another eight months was unbearable.

“I don’t think he knew calling in sick was an option.

“The anxiety got too much and he couldn’t face going back, even for one more day.”

Ben Robinson a fellow Wembley fireman told the inquest that Jaden had not been singled out or bullied and stated that, “He was never excluded, he was 100% part of the team.”

The inquest into the tragic death continues and Jaden’s family have organised a gofundme page to help raise funds to set up a charity to help prevent suicide.

Thank you for taking the time to read this news article “Firefighter Who Took His Own Life ‘Was Bullied’”. For more UK daily news, Spanish daily news and Global news stories, visit the Euro Weekly News home page.