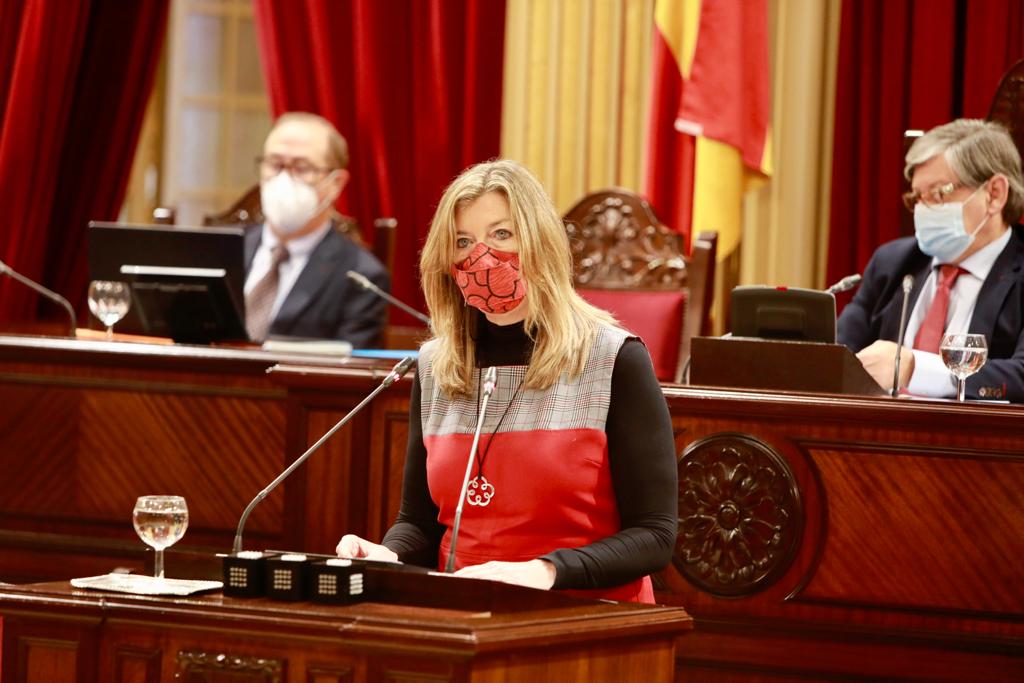 AS far as the Covid-19 pandemic in Mallorca is concerned, the Balearic Government has confirmed that infections are dropping thanks to the actions it has taken to restrict activity.
According to Minister of Health and Consumer Affairs, Patricia Gómez on Wednesday February 10, the islands have seen a drop in incidence at 14 days of 50 per cent in one month with figures reducing from more than 600 cases to 300, with drops in each of the islands.
After warning everyone that there is no room for complacency, she explained that extreme caution would have to be exercised in the relaxation of measures aimed at keeping the reduction in infections on the right path.
Minister Gómez thanked all of the professionals, administrations, representatives of the public and private sector and all who have worked to overcome this situation, for all that they have done in 2020 and now.
There are plans to allow the opening of larger shops in the capital Palma within a matter of days, although this may be on a staggered basis with major shopping centres coming a little later but as expected there is no positive news at the moment for bars and restaurants.
The logic behind keeping them closed until at least February 28 is that whilst shoppers can be made to wear masks as they visit the newly opened stores, it is impossible to enforce such a stricture where people are eating and drinking.
Whilst it will be a disappointment to the hospitality sector, the Government believes that the number of cases has to be shown to drop continually for a period of weeks in order to ensure that the population is safe.
For weeks now it has been said that the island hospitals find it difficult to cope with the number of patients arriving who have been infected with Covid-19 and that many health workers are literally exhausted and ready to drop.
Thanks to the reduction in the rate of infection and the number of patients who are recovering, the pressure on the hospitals in Mallorca in particular is dropping and now, there is an opportunity for administrators to reduce Covid wards to allow them to offer normal medical facilities to those with other illnesses or surgical needs.
There are still some municipalities within Mallorca where the reduction of infection has not been as quick as in most areas, but the overall downturn across the island means that the authorities are able to concentrate their efforts where most needed.
The other good news is that between now and early March, the Balearic Islands will receive around 84,000 doses of vaccines as Pfizer plans to send 30,000, Moderna, 9,800 and AstraZeneca (the latest to be approved by the European Medicines Agency) will send 43,800 doses.
More will follow during March and the Government is creating 58 vaccination teams who will be placed in different specially created vaccination centres in order to inoculate as many people as possible as quickly as they can.
It’s by no means over but things are finally looking more positive long-term.
Thank you for taking the time to read this news article “Good news at last as the incidence of infection in Balearics is dropping”.