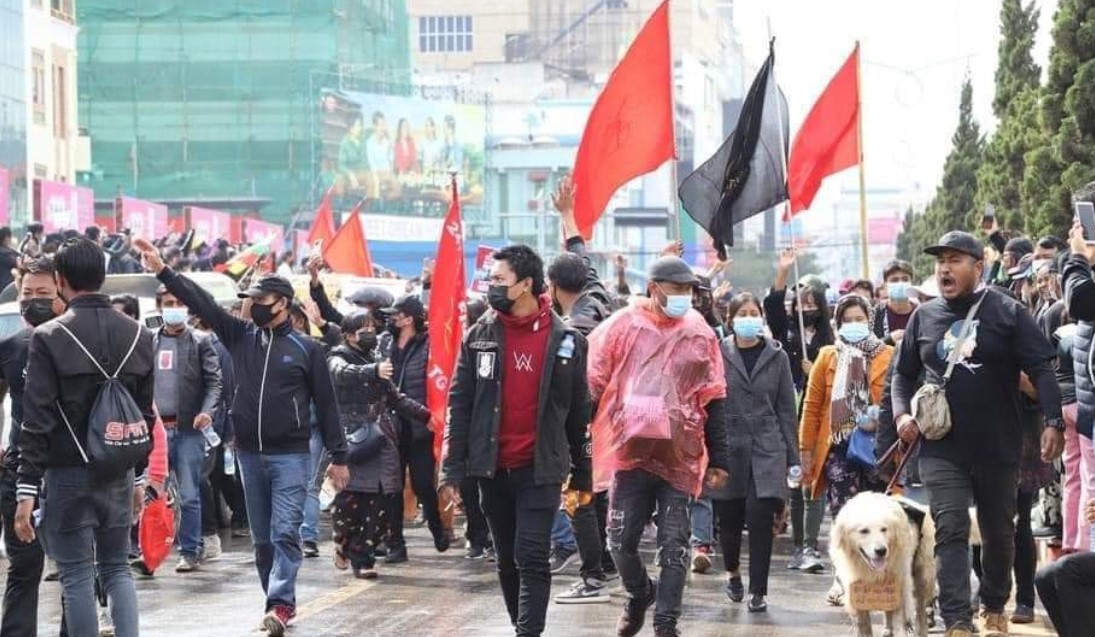 BBC Burmese has had reports that the Myanmar military, late on Tuesday evening (February 9), smashed down the front doors of the National League for Democracy (NLD), the headquarters of Aung San Suu Kyi‘s party, and raided and destroyed it, but there are no reports of party members being present in the building at the time.

Tensions have been high in the country since last week’s military coup, with tens of thousands of people seen demonstrating in the streets in videos posted on social media, calling for the release of Ms Suu Kyi and her senior NLD members, the whereabouts of whom is not known.

There is a nationwide nighttime curfew in Myanmar right now, from 20:00 to 04:00 local time, and the raid reportedly took place during the curfew hours, with the National League for Democracy managing to post on their Facebook page, “The military dictator raided and destroyed NLD headquarters at around 930pm,” but gave no more details.

Local news outlet Myanmar Now reported a meeting early on Wednesday of a group of civil servants who had gathered to protest in Nay Pyi Taw, and crowds grew in size, with warning shots reported fired into the air, before rubber bullets were fired at protesters.
BBC Burmese report speaking with an unnamed medical officer from a hospital in Nay Pyi Taw, who told of one woman being admitted with a serious head injury, and Reuters have reported speaking with a doctor whose x-rays showed live ammunition had been used against the woman.
Also, AFP quoted a doctor who said he believed the military was using live rounds, citing injuries to a 19-year-old, and a 23-year-old, saying, “We believe they are actual bullets because of the wounds and their injuries”.

Thank you for taking the time to read this news article “Myanmar Military Raids And Destroys NLD Headquarters”.