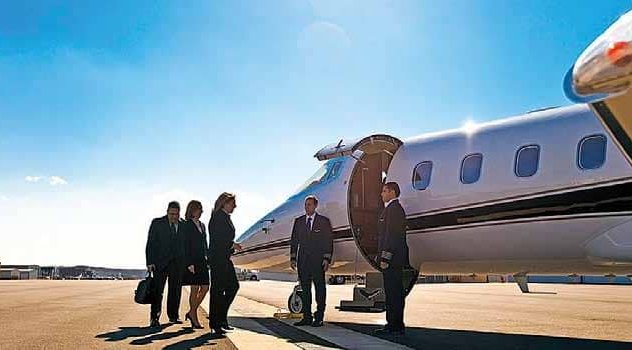 PRIVATE JET OPERATORS have reported a boom in bookings since travel restrictions in the UK and across the world have been severely tightened. One company in particular, VistaJet, has reported a significant increase in bookings through agents, as the private aviation sector continues to show marked growth during the pandemic.

The operator said a growing number of high-net-worth travellers have required heightened levels of privacy and safety during the crisis, causing the private jet market to expand for the first time in 20 years.

Matteo Atti, executive vice-president of marketing and innovation, said: “The private aviation market has pretty much been stable for the past 20 years in terms of numbers of users. You would see it growing at the level of growth of the ultra-high-net-worth individual base, which was about 2-3% a year.

Another company, Air Partner, who is one of the biggest aircraft charter firms, said there had been a “sharp rise” in private jet bookings out of the country. The company, which supplies planes to Premier League footballers, celebrities, the royal family and six of the eight governments in the G8, said it had been overwhelmed with inquiries. In November 2020, Air Partner said it would cost about £24,000, one way, for five people to depart from Biggin Hill to Tenerife before lockdown.

Commercial airlines have dramatically reduced their flight schedules in anticipation of an even greater fall in demand for international travel, which has been moribund since the pandemic began.

“Many of these flight inquiries are for individuals wishing to go to their second homes in Europe, with the Canary Islands, which are still warm at this time of year, being the most sought-after destination,” the company said. “What we’re seeing now is that the market is growing for the first time in 20 years. The market is expanding and people are considering flying private.”

Back to VistaJet, Atti said he was now receiving “tens of requests every month” from travel agencies compared to a “handful” last year.

“The moment [agents] feel confident in how to articulate the proposition to their clients, they’re happy to come on board because eventually, they become the broker and the customer loves them more for that,” he added.

The growth in agent bookings comes as VistaJet revealed new data which reflected the importance of forming strategic partnerships in the Covid-19 recovery process.

The company’s Future of Private Travel Report, which surveyed 650 leaders in the luxury hospitality industry, found that 86.5% of businesses are taking action to collaborate with other top players within the industry, including hotels, tour operators, private aviation, yachts, chauffeur and concierge services.

A further 94.4% of brands said they have taken or are planning action to innovate their customer service and experience protocols, while 62.3% of businesses have already introduced new offerings, products or services, with increased digital services and more personalised concierge offerings being particularly in-demand.

VistaJet has introduced a range of new services since the pandemic began, including its own partnerships programme, Private World, which launched last October as a door-to-door service connecting members with a growing collection of properties and destinations.

“What is a partnership but a simplification for customers?” Atti said.

“It’s about finding the smaller friction points, removing them and being more direct, so the fewer people you have to involve. We’re looking at building partnerships for the next 20 years. What will that look like? It will look more integrated, more immediate, more personal and more flexible for the people who can afford it.” he added.