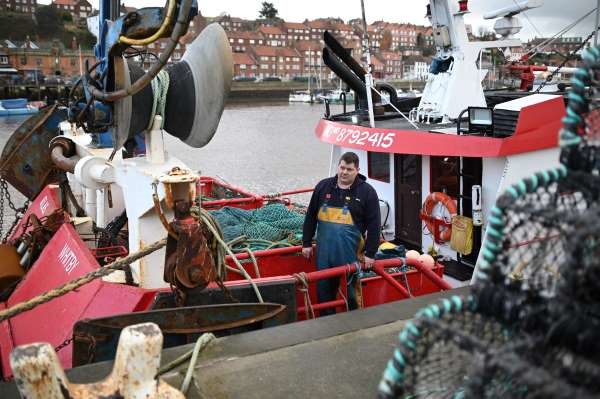 UK Fisheries are halting tons of exports to Europe because new border bureaucracy introduced by the government as part of Brexit is making their businesses financially unviable. Exporters now have to deal with new health certificates, customs declarations and other paperwork if they want to sell to the EU, the largest market for much of the UK’s catch.

Britain has experienced “one or two teething issues” in exporting fish to the EU after Brexit, the country’s environment minister has admitted, with fisheries suffering severe delays in delivering produce to the European market.

The outstanding problems of the UK fishing industry were acknowledged by Environment Secretary George Eustice as he spoke to Times Radio on Tuesday. At the same time, the official insisted on the flow of goods between the UK and the EU has been quite good in general after Brexit.

“The border flows have actually been for most sectors very good,” Eustice stated. “We have had one or two teething issues on fisheries.”

The introduction of health and catch certificates has caused major disruption in the fishing sector, with many producers failing to deliver their goods to the European market throughout January. The producers suffered massive losses as fish prices plummeted. The most troubles have been experienced by shellfish producers, who found themselves effectively locked out of the EU market completely.

Describing the situation as a “catastrophe”, businesses said orders from Europe were also drying up because of Boris Johnson’s new trade barriers. Seafood is highly perishable and relies on a seamless flow across borders, but small test consignments sent to France and Spain that would normally take one day are now taking three or more days if they get through at all.

Businesses in England, Scotland and Wales that deal with the EU were urged to take immediate action to ensure they are compliant with new rules which came into force on Jan. 1 following the end of the Brexit transition period.

Companies that fail to act face disruption but there is support as yet for those firms trading with Europe which are yet to adapt to the new arrangements.

Sam Baron, the owner of Baron Shellfish, a British firm based in Bridlington, East Yorkshire, set up more than 40 years ago selling live lobsters and crabs to the continent, has announced he must close the firm due to the problems brought on since Brexit, reported the BBC. Mr Baron employs three staff but says that in order to cope with the extra post-Brexit paperwork, he would need to employ another two people, which is not viable.