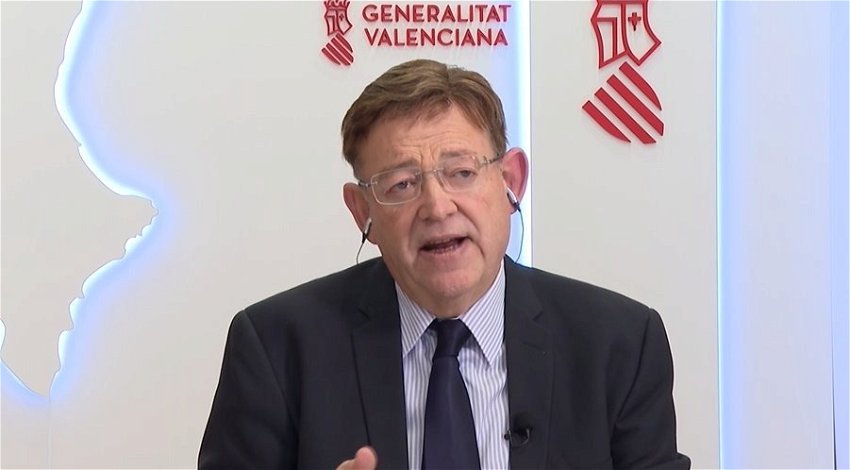 Ximo Puig Announces Curfew Will Not Be Extended In Valencia. CREDIT: @generalitat/ Twitter

XIMO PUIG is set to extend current restrictions in the Valencian Community when he chairs an interdepartmental commission meeting tomorrow, Thursday, February 11.
According to the newspaper Las Provincias, Puig is likely to extend restrictions until March 1 and will look at potentially reducing restrictions after that date.

Yesterday (February 9), it was announced that the IF restrictions get extended AGAIN in the Valencian Community it COULD be for just a week. However, this latest news appears to be leaning towards the usual fifteen days extension.

Valencian Government President Ximo Puig held a meeting with Valencia’s Minister of Health Ana Barceló on February 8 to discuss options of reducing restrictions as there had been a notable improvement in the numbers of infections in recent days within the community.

The current restrictions are in force until February 14.

The interdepartmental commission was reactivated at the beginning of December and includes Ximo Puig; the two vice presidents, Mónica Oltra and Rubén Martínez Dalmau and the head of Health, Ana Barceló. The body, which had not met since March 2020, regained activity after protests by Compromís due to the lack of cooperation in decision-making on the pandemic.

A decision on how to de-escalate restrictions is a top priority for the local government, and a gradual approach seems likely – albeit backed by data – which is improving. The accumulated incidence was reduced on February 8 to below 1,000 cases per 100,000 inhabitants, an essential goal before starting to think about lifting certain measures.

However, the only data that will likely mean the extension of the restrictions until March 1 will be covid-related deaths and hospital pressure, and these figures have not improved enough for the restrictions to be lessened just yet.