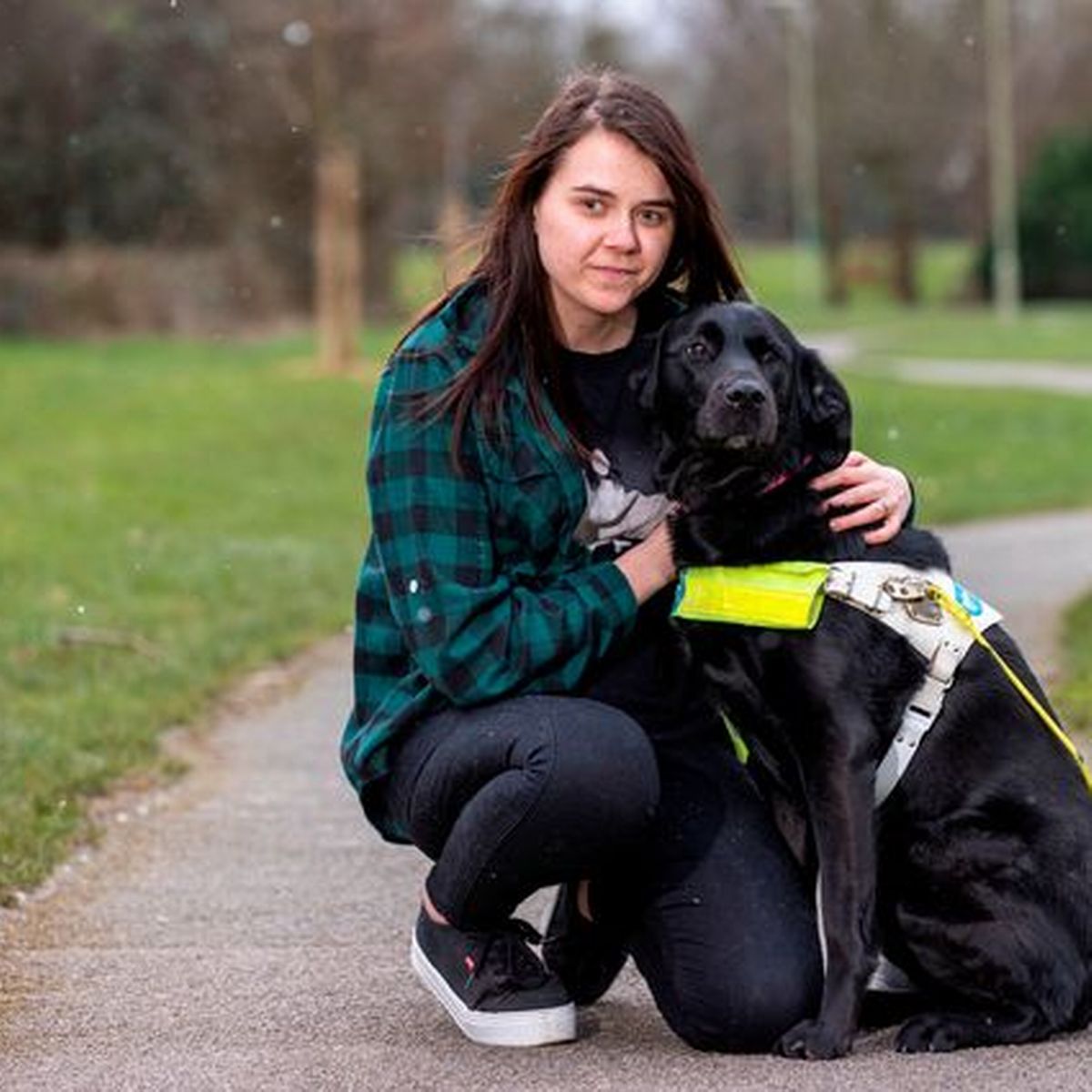 A sick and despicable dognapper attempted to steal a guide dog for the blind as its owner was out walking alone with a white stick.

Partially sighted, Maisy McAdam, a 23-year-old university student, was out exercising in a nature reserve with her guide dog Willow, a six-year-old labrador-golden retriever cross, when a man tried to snatch her pet thinking she couldn’t see him lurking. Maisy was alerted to the scam when she suddenly heard a click and vaguely spotted the suspect had pulled a dog lead out of his pocket and was trying to attach it to Willow’s collar.

But the thief got ruffled and fled when Maisy asked the dognapper what he was doing as he tried to put his own lead on her beloved guide dog.

“I don’t have any peripheral vision so I couldn’t tell where he was or if he was near me. I walked back to my partner’s house, staying on the phone to Charlie, my instructor at Guide Dogs, the whole way.”

Maisy immediately reported the incident to the police but is still very shaken up over the incident.

Dog thefts on the increase

Debbie Matthews founded Vets Get Scanning after her dog’s Widget and Gizmo were snatched. They were later dumped after a TV appeal by her late father, legendary TV host Bruce Forsyth. Debbie said: “This is the first time I have ever heard of a dog thief trying to steal a guide dog. It’s absolutely disgusting. How low can someone stoop? It shows dog thefts are out of control in this country. The law needs to be changed now with tougher sentences for dog theft.”

The Guide Dogs for the Blind Association says the attempt to steal a partially sighted person’s guide dog which they rely on to navigate roads safely “beggars belief”.

Organised criminals are increasingly turning to dog theft as the demand for puppies continues to rise during the lockdown, police have warned. It comes as the Scottish SPCA warned pet owners over people posing as inspectors using fake work vans to try and steal pets.

The animal welfare charity warned on 4 February that bogus inspectors were using white vans with black writing on the side. But since then, members of the public reported that the impersonators have switched to using black vans with white writing, similar to the official vans used by the Scottish SPCA.