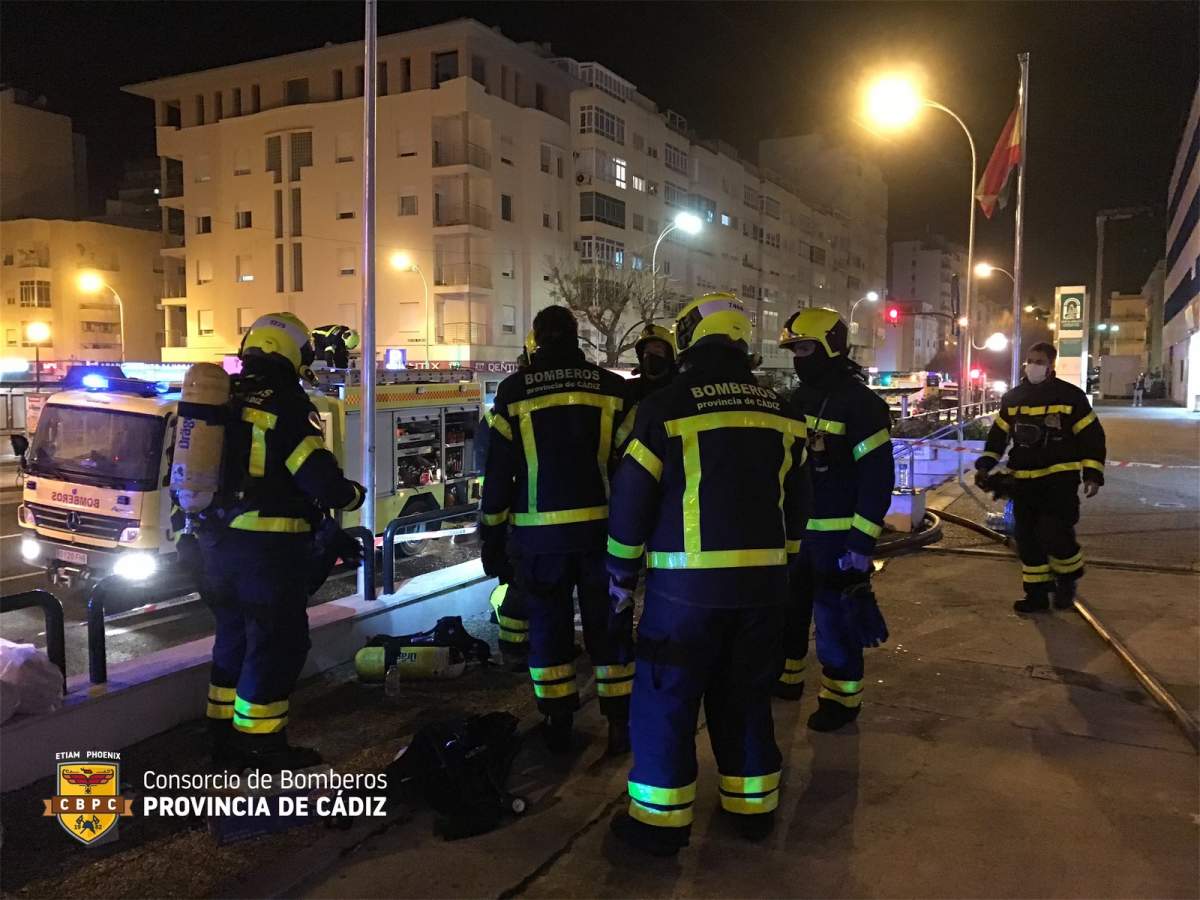 A PATIENT with Covid has been arrested for setting fire to his hospital room at Puerta del Mar hospital in Cadiz.

Around 50 patients were evacuated “in a controlled manner” from the sixth floor of the hospital, not dedicated to treating people with the virus and transferred to rooms elsewhere in the university hospital.

San Carlos Hospital in San Fernando had prepared a department in case it was necessary to evacuate the patients there, but was not necessary in the end.

The fire started shortly before 7.30pm on Wednesday, February 10, and the emergency services called when the National Police was notified of a deliberate fire started by a patient.

The Government Subdelegate in Cadiz, José Pacheco, praised the “coordination and speed” with which health workers, hospital security staff, the police and the fire department evacuated the floor.

He said their actions prevented Covid patients coming into contact with those who do not have the virus and prevented the flames spreading further.

In a “very fast action, in a matter of minutes”, according to the Government subdelegate, National Police officers arrived at the hospital and put on the PPE suits to access the sixth floor where the fire had started.

The patient accused of starting the fire reportedly fled to the seventh floor of the hospital, which also houses Covid patients, but was apprehended by police.

Meanwhile, hospital personnel, firefighters and other troops sealed the area, so that the fire and intense smoke would not spread to other units.

Two rooms were affected by the blaze.

The 63-year-old detainee has been transferred under police surveillance to an area for ​​Covid patients at the same hospital.