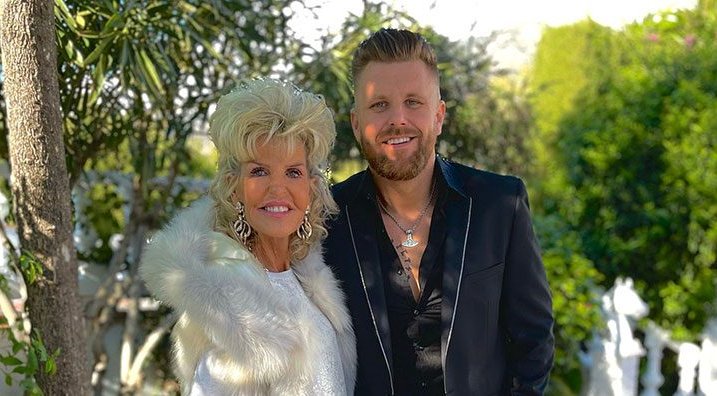 THE Euro Weekly News’s very own fiercely patriotic Regional Sales Manager Benjamin George has become an overnight TikTok sensation with a video titled ‘Spain: Love It Or Hate It.’

The TikTok video was uploaded to YouTube and picked by Spanish TV channel Antena 3, which aired it on its main morning programme today, Thursday, February 11. After airing, it quickly circulated, being picked up by various media channels like esdiario.com

The TikTok site is for patriots, and Benjamin George @b.George.89 , whilst recovering from Covid and unable to leave the family home, decided he wanted a platform to air his love for Spain and his political leanings, as he works in the family-run business, the Euro Weekly Newspaper and he knows there is no room for political leanings on a news desk.

Frustrated by his lack of freedom, both in mobility and speech, he began making his videos on a daily basis making it clear in the clip that those who are not patriotic have no place on the site!

Why? “Because I want a better life for my children, my parents and me,” says Benjamin George. “People who are looking to the past won’t go anywhere, and if you don’t support the forces, the king, the flag etc, what are you doing here?”

He adds that he’s “up to here with them” and gets heated up about the lack of patriotism towards Spain, pointing out: “What they need to do is get their stuff and get out of the country if they don’t like it!”

The impressed newsreader tells viewers Benjamin may be a Brit “but has more Spanish blood running in his veins than many people here, who are a disgrace.”

And while the reporter admits it’s not exactly clear whether it’s Spaniards or foreign residents the video is aimed at, he assumes the TikTok sensation must have lived in Spain for a long time judging on his passion and perfect Spanish accent.

In the words of Benjamin – Viva España!