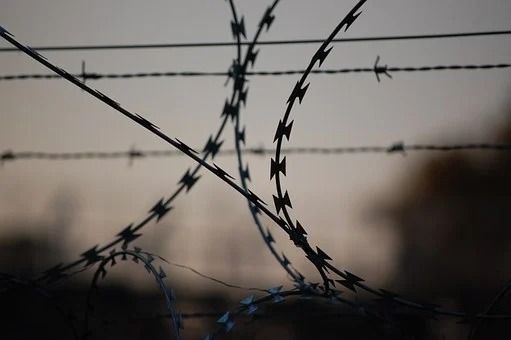 BUTCHER found guilty of raping and murdering missing student whose body was found almost 7 weeks after she first disappeared on a night out.

The jury has seen through “a web of lies” where the suspect gave multiple versions of the tragic night that ended in a missing student’s death. Predator Pawel Relowicz, has been found guilty of the rape and murder of missing student Libby Squire whose body had been discovered in the Humber estuary weeks after she first disappeared.

Libby from Bedfordshire was a 21-year-old student at the University of Hull who was in her second year of studying philosophy when she was targeted by predator Relowicz. She split up from friends on a night out on February 1, 2019 after she had been turned away from a club and put in a taxi by friends.

But instead of returning home she wandered the streets before she was preyed on by Relowicz.

After her daughter’s killer was convicted Mrs Squire spoke about the verdict saying that, “As a family, today’s verdict changes nothing for us.

“There is no closure, we don’t get to have Libby back, our lives don’t revert back to normal.”

“Libby will always be with us and we are all so proud of our beautiful, caring, wonderful girl and although she has been physically taken from us, the memories we have, and the love we share, will never be taken.”

Gerry Wareham, of the Crown Prosecution Service, explained how the killer had created “a web of lies” in his attempts to avoid being prosecuted. He said, “Relowicz robbed a young and vibrant woman of her life and her future. His actions have left her family and friends devastated.

“Relowicz invented a web of lies to explain his actions that night, insisting throughout that he had tried to help Libby find her way home.

“Nothing could be further from the truth. Far from being a good Samaritan, Relowicz preyed upon her, he took advantage of her vulnerable and distressed state and then he raped and murdered her.

“I cannot begin to imagine the suffering Libby’s family are enduring. I can only hope that today’s verdict can bring them some measure of comfort. Our thoughts remain with them.”