Daughter Asked Why Mummy Was ‘Covered in Ketchup’ 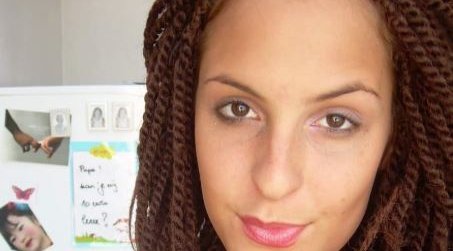 DAUGHTER asked why mummy was “covered in ketchup” on finding mum’s body in horrific murder.

The daughter, only four years old had asked police why her mother was “covered in ketchup” after she tragically found her mother’s body after the ex-boyfriend had killed her.

Allegedly Babur Yoldash murdered mother of two Eleanore De Strijcker, aged 27 in Belgium at her home.  The horrific crime left her two daughters devastated and Eleanore’s youngest daughter could not comprehend the situation and told police at the time that “daddy still wanted mummy” and thought her mother’s blood covered body was actually “covered with ketchup”. She was only for at the time of her mother’s death.

The eldest daughter was more aware of the shocking events and even managed to produce a drawing of the horrific bloodbath, that tragically was her mother’s death. The court has heard how one of the young girls even asked a carer “Do you want to become my mother”, as she was taken into the interview room before the court.

The shocking crime had been planned and Yoldash had actually recorded a video explaining his plans and in the video he said, “If you find this cell phone, it means I’m dead and my girlfriend is dead, and so is the a*** old man she is with.

“I can’t kill myself without her. I can’t control myself, I’m sorry. This is not me, this is someone else.

“I wish everyone who hears this a good life, we will see each other in a different world.

“Three people are going to die in an hour and a half and that is not my fault.”

The two children are fortunately now living with their grandparents, and grandfather Wilfried De Strijcker told the court how everything feels like a bad dream. He explained that, “I sometimes think this whole thing is a bad dream, but I have to accept the awful reality that my Eleonora is gone forever.”

He also spoke of looking after the girls and said, “Every day that we can give them love and security is great.

“My only wish is that I live another 20 years to see that they turn out well.”