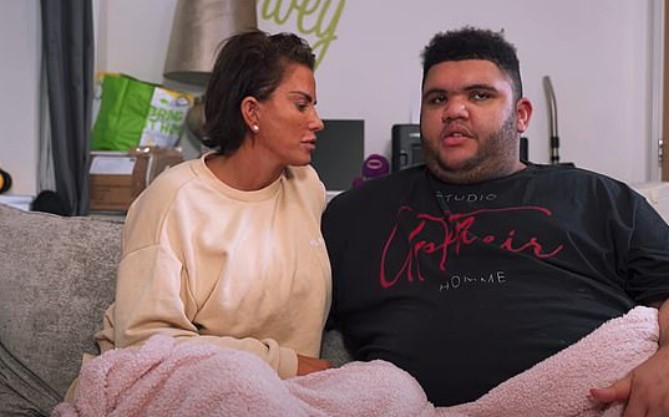 As announced by Katie Price on Good Morning Britain, her 18-year-old son, Harvey Price is to be the new ambassador for the charity Mencap.

A happy Harvey said of his new role, “I am so happy to be a Mencap ambassador. I want to do good things with the charity, like stop online trolling, and be a voice for young people like me. I can’t wait!”.

His mother, obviously delighted at the news said, “Now Harvey is 18, he is becoming a man and growing in confidence and independence. It has been Harvey’s dream to be a role model to young people with complex needs across the UK, and to use his profile to raise awareness”.

Katie continued, “I am thrilled that Harvey has become an Ambassador for Mencap. Mencap does fantastic work campaigning against inequalities, supporting people to live the lives they want to, and bringing about change in attitudes towards people like my son. I am so proud to see him take on this role and I can’t wait to see what he will achieve with Mencap”.

Edel Harris, the Chief Executive of Mencap, said, “We are delighted to welcome Harvey Price as our Ambassador. Harvey is already doing some great work to tackle online bullying and raise awareness of what life is like when you have a learning disability”.

Mr Harris added, “We are pleased to be working with him to help increase the visibility of people with a learning disability across the media, and society, to help transform attitudes, and to do our bit to ensure that the UK is the best place in the world to live for people with a learning disability. We look forward to unveiling our exciting plans with Harvey very soon”.

According to the charity, there are approximately 1.5million people suffering from learning disabilities in the UK, who face discrimination on a daily basis, and are reported to die, on average, 20 years earlier than the general public, and incredibly, now during the pandemic, seven out of ten have lost their social care support right when it is needed most.

An even worse statistic is the fact that during the Covid-19 pandemic, people with learning disabilities have been dying at a rate of six times that of the general public, and Mencap has been campaigning the Government for this group to be prioritised for vaccinations.

Thank you for taking the time to read this news article “Harvey Price Announced As New Mencap Charity Ambassador”.