Housebound Mum That sued NHS for £5.6million Jailed After Discovered Travelling The World 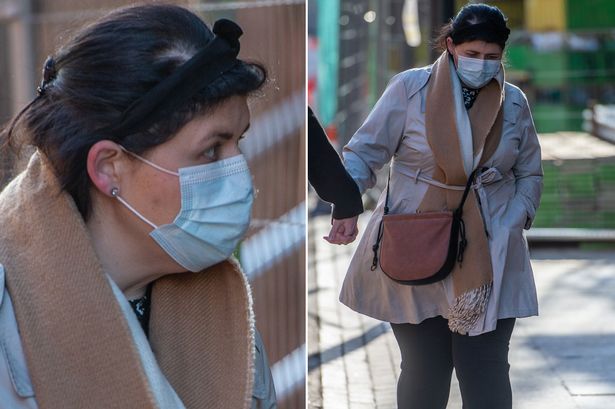 Housebound Mum That sued NHS for £5.6million Jailed After Discovered Travelling The World.

A HOUSEBOUND mum has been jailed after trying to con the NHS out more than £5.7m while visiting everywhere from Fiji, Thailand – and County Durham. Linda Metcalf, 37, claimed she could hardly walk or stand, rarely went out and couldn’t even dress herself.

The 37-year-old claimed because of her local trust’s medical negligence she needed the help of sticks to get around and was unable to drive. However, after being put under surveillance they discovered instead of being housebound, she had been travelling to the other side of the world.

It was also discovered that she had been going on expensive shopping trips without needing any assistance. Between her visits to doctors to pursue her claim, she visited New Zealand, Fiji, Hong Kong, Lanzarote, Tenerife, Thailand, Wales, Scotland and Scarborough promenade.

IT worker, Metcalf, who has a two-year-old daughter, launched her gigantic claim for medical negligence against her local NHS health trust after a 24-hour experiencing a delay in a diagnosis of a spine condition.

She claimed, as a result, she needed an adapted home big enough for a carer, compensation for loss of earnings and childcare funds. Metcalf had accepted the first payment of £75,000 before her lies were exposed. A Judge at Leeds combined court was told she now admits lying about the extent of her mobility problems.

The court heard how she told a Harley Street doctor in October 2017 she could hardly walk. But in that same month, she went on overnight trips to the Peak District, Wales and York.

Then in November she went to stay in a country house in Cheshire and had a holiday to Lanzarote. Over Christmas, she went to County Durham, the Lake District and Scotland at the end of January. She then headed off on a five-week trip until March, to Singapore, Fiji, Hong Kong and New Zealand.

The Judge was told Metcalf also enjoyed a boating holiday on the Norfolk Broads in April 2018 around the time she was meeting experts about the case. During one trip to the upmarket Liberty store in London, she wrote on Facebook: “The Christmas floor is definitely worth a visit.”

She also reviewed a guest house in York, saying her room was on the “top floor” and was “light airy and elegant”. Claire Toogood acting on behalf of Calderdale and Huddersfield NHS Trust said no admission was made by the defendant until she was “caught out” by the surveillance tapes.

She said, “the trust’s submission is, it is difficult to conceive of a case involving so many instances of contempt over such a long period of time”.

She said it involved “such a lot of money from a public body, namely the NHS, which can ill afford to pay out on fraudulent or exaggerated claims.” The judge watched video surveillance of Metcalf telling a doctor how she was unable to drive and could not stand for more than a minute.

Metcalf claimed that she needed two sticks to walk 30 metres, and had to hire a mobility scooter for trips to the local supermarket and needed a special chair to help her stand. She had said that she could ‘not sit up in bed’ and her mother assisted with washing and dressing ‘if the pain levels were too high’.

But the footage showed her driving, walking up steps, walking without sticks and queuing for half an hour in a hotel reception unaided.

Ms Toogood argued sentences in such cases of Contempt of Court and making false claims had to act as a warning to others. She said the doctor who saw Metcalf said he was “fundamentally misled” by Metcalf during the examination.

Metcalf, who is from Bradford but has been living in Stockport with her boyfriend, was said to have been “horrified” by her own dishonesty. Mr Peter Gilmour representing her in court on Thursday, said: “Her position is that in the beginning she did not sit down and think ‘how much money can I get out of this claim?’

“It was something that she drifted into and is now horrified, looking back, at what she did and how dishonest she was. She has ruined her life and she’s brought shame on herself and her family…She has genuine remorse. She arrived in court with her bags packed. She has known for two years she could go to jail. She hates herself for what she’s done. “

The court heard she had started a clinical negligence claim against the trust after a 24-hour delay in diagnosing Cauda Equina Syndrome. The condition is where a spinal prolapse compresses the nerves at the base of the spine, the judge was told.

If the nerves become compressed it can affect the bowel and bladder function.

“The earlier the surgery the better the outcome,” Ms Toogood accepted and explained if she hadn’t have committed this fraud she could have been entitled to a genuine claim for around £350,000. The court heard on July 4th, 2012 Metcalf sought medical help but was not given an MRA scan until the following day.

The court heard that Metcalf had paid back £75,000 of the damages which she had initially been paid, by selling her house in Stockport. Judge Mr Justice Griffiths said: “She gave a completely stage-managed appearance about her disability.

“On July 23rd, 2018, she was interviewed at her parents’ house when she said that she could not get in or out of her car without someone to help her. She was misleading, and that was shown on more than one occasion.”

A spokesman for the Calderdale and Huddersfield NHS Foundation Trust, said: “The proceedings should not deter genuine claimants as the Trust and NHS Resolution will continue to ensure that those who have suffered an injury as a result of substandard care are properly compensated. The case should, however, be seen as a demonstration of our commitment to combatting fraud against the NHS when everyone is working so hard to care for patients in genuine need.”