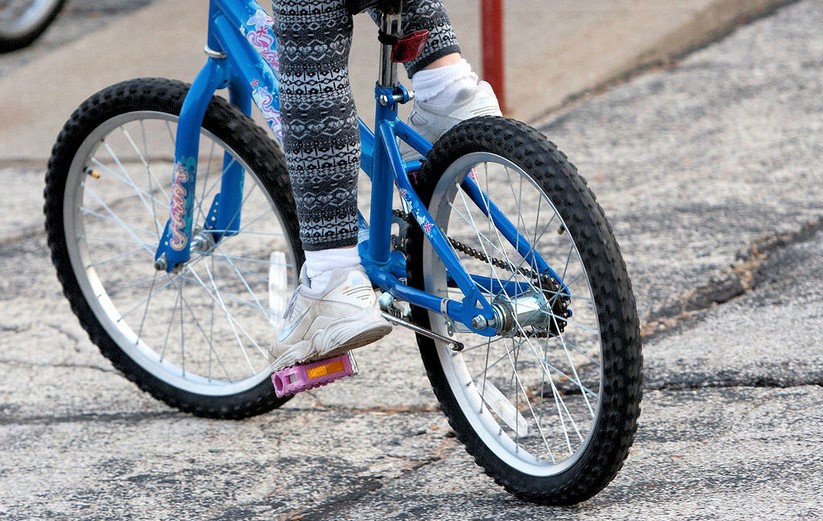 DGT campaign to monitor the use of bicycles on pavements in Malaga province. image: pinterest

After a recent change in the bylaws in Malaga city, anybody caught riding bicycles or electric scooters outside the designated areas are now liable to a fine from the police, of €60 for cyclists, but riders of scooters face a heavier fine of €200, as they are capable of travelling at a higher velocity.
The new law came into place on February 1, but riders had been given a 10-day period of grace before that date, to allow them to adjust to this law, but the local council has estimated that, within the first week, since February 1, as many as one hundred people have already fallen foul of the new rules and suffered a penalty.
The most number of infringements have reportedly taken place on Pablo Ruíz Picasso promenade, and on Calle Alcazabilla in the city centre, with many people complaining that, especially on the seafront, where the 30km/h designated lanes which cyclists and scooter riders can travel in, are a danger, as drivers of cars there do not adhere to the speed limit there.
Similar complaints are made about the city centre, with scooter users complaining that they have no option but to cross through pedestrian areas, particularly as they are not permitted to travel through the Alcazaba tunnel, as reported by the Sur In English.
One suggestion made by members of the Socialist (PSOE) party in the  Malaga council is to make the 30km/h lanes exclusively for the use of bikes and electric scooters.
Ruedas Redondas, a local bicycle enthusiasts group in the city has shown their dissatisfaction at the new rules and is fighting to change the law, asking the council to create more cycle-only paths, and they plan to stage a protest ride this Sunday 14, starting from the port, at 11am.
_______________________________________________________
Thank you for taking the time to read this news article “Malaga Police Begin Issuing Fines To Cyclists Using Pavements”.
For more UK daily news, Spanish daily news and, Global news stories, visit the Euro Weekly News home page.