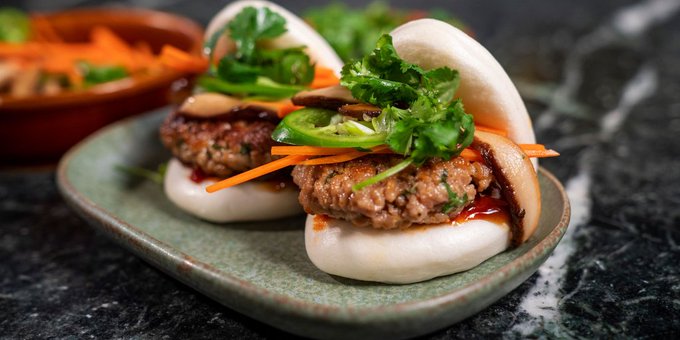 ADDITIVE in plant-based burgers makes them look like their ‘bleeding’

The FDA is facing a massive lawsuit after complaints that an additive contained in plant-based Impossible Burgers to make them look like they are ‘bleeding’ is dangerous for human health. An approved colour additive called soy leghemoglobin causes the effect, but experts are worried that it may cause dangerous side-effects, despite the FDA’s insistence that “there is a reasonable certainty of no harm” from its use. The Centre for Food Safety (CFS) launched the legal action at the end of January, claiming that not enough testing had been done on the additive, which is designed to give vegan products a more meat-like appearance.

“FDA approved soy leghemoglobin even though it conducted none of the long-term animal studies that are needed to determine whether or not it harms human health,’ said Bill Freese, who is a science policy analyst at the CFS.

“We find this to be all the more troubling because a number of potential adverse effects were detected in a short-term rat trial: disruption of reproductive cycles and reduced uterine weights in females, and biomarkers of anaemia, reduced clotting ability, and kidney problems.”

“FDA’s failure to require Impossible Foods to conduct long-term tests called for in the agency’s own authoritative guidelines means it does not have ‘convincing evidence’ that this colour additive, consumed by millions, is safe,” added Ryan Talbott, an attorney at CFS.

For its part, Impossible Foods has stood by the FDA approval and hit back at the CFS, claiming that it is an “anti-GMO, anti-science organization that has been spreading lies about Impossible Foods for years.”