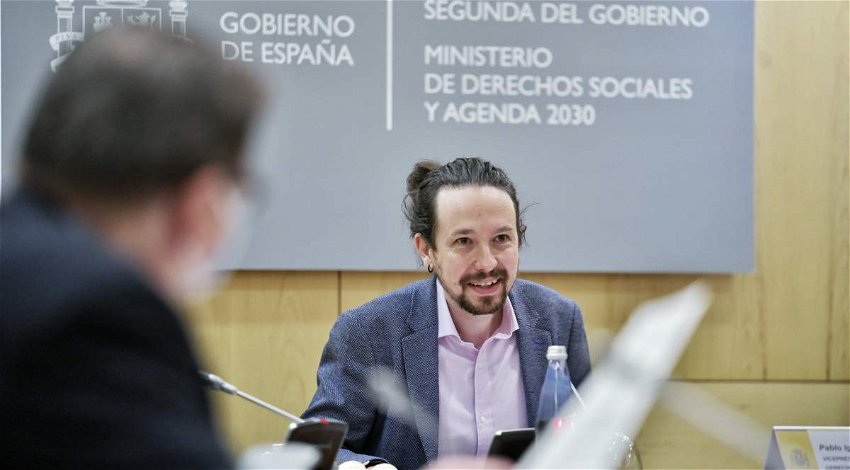 PODEMOS leader and Spain’s vice-president of government Pablo Iglesias is facing calls to resign following comments he made on Catalonia independence leaders.

Pablo Iglesias, whose left-wing Podemos party is the coalition partner of Pedro Sanchez’s PSOE, is facing calls to resign after he claimed that “full political and democratic normality” is not present in Spain due to Catalonian independence leaders being “in prison and in exile”.

His comments come ahead of the hotly contested upcoming Catalonia elections, which has strained the partnership of Podemos and PSOE – with the latter accusing Iglesias’ party of attempting to drum up populist support in the region to gain more regional power.

A group of former PSOE leaders and other party members have signed an open letter calling for the dismissal of Iglesias after he protested the plight of pro-independence leaders in Catalonia – many of whom are serving lengthy prison sentences for staging an unofficial referendum in 2017.

“It is so expensive to state obvious things,” said Iglesias in response to the scandal, claiming that Spain has “a democracy that needs to be improved and that, precisely, protecting and defending it does not mean saying that it is perfect, because that is lying. It means denouncing all its defects, which are enormous, and working to improve them”.

The academic turned leftist leader has also warned about the rise of the right-wing Vox party, which is anticipated by some pollsters to gain ground in Catalonia on their strong anti-migration agenda. The region goes to the polls on Monday (February 14th), after a decision to delay the election until May due to pandemic concerns was overruled by a top Barcelona court.

Pro-independence parties are expected to retain power in the Generalitat – while analysts will be closely monitoring the performance of Podemos and PSOE as a possible indication of the troubled government’s electoral future.