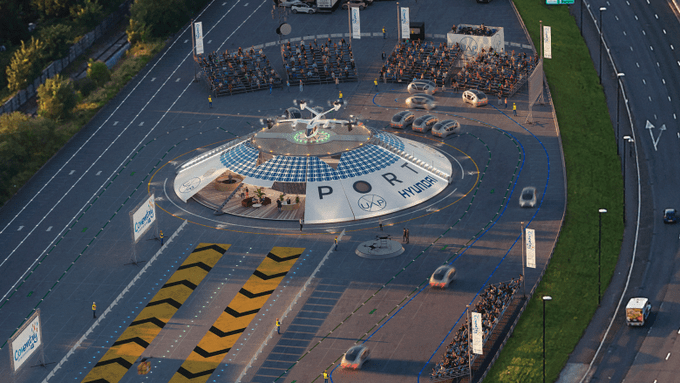 POP-UP AIRPORTS set to change the face of urban travel as we know it
In the past decade, the way we view travel has changed drastically. Things we would have thought were part of a bad sci-fi movie have now become the norm, with drones monitoring our skies electric vehicles paving the way to a cleaner, more green future. Now, innovators in the UK and Germany are turning their eyes towards the skies in an exciting new project which could revolutionise urban travel.
At the end of January, it was announced that the government-backed UK Research and Innovation’s Future Flight Challenge had given a £1.2million grant to Urban Air Port, a project which aims to set up pop-up airports around the country to enable the charging of electrical aircraft, such as drones. While the company wants to rollout some 200 charging hubs throughout the country in the next five years, the pilot operation will begin in Coventry later in 2021.
German company Lilium has also revealed that it is in the process of developing similar hubs in the US, with the aim of providing “infrastructure for landing, recharging, and taking off with passengers.” So-called ‘air taxis’ could be a huge step towards reducing urban congestion problems, the company said.
“In the long term, they will eventually form an important part of the overall mobility eco-system, as they have the potential to address the congestion pains created by our currently 2-dimensional transportation network,” Andrew Hart, a director at SBD Automotive told CNBC.
________________________________________________________________________
Thank you for taking the time to read this news article “Pop-Up Airports Set To Change Urban Travel”. For more UK daily news, Spanish daily news and Global news stories, visit the Euro Weekly News home page.