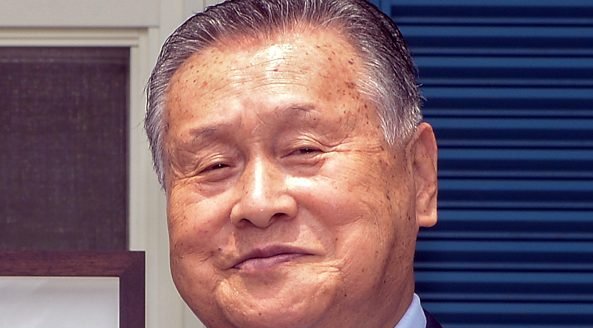 TOKYO Olympics chief resigns over sexist comments, insisting that the Games should go ahead without him

The head of the Tokyo 2020 Olympics Organising Committee, Yoshiro Mori, has announced his resignation following sexist comments he made against women being leaked to the Japanese press on February 4. During a board of trustees event, the former Japanese prime minister allegedly inferred that having more women at meetings would only serve to make them longer, as women talk too much.

He is reported to have said: “Board meetings with lots of women take longer” as “women are competitive — if one member raises their hand to speak, others might think they need to talk too.”

He added: “If you want to increase female membership, you would be in trouble unless you put time limits in place.”

Although Mr Mori has publically apologised for his comments, he has nonetheless announced his resignation, but insists that the Tokyo Olympics should go on without him.

“My inappropriate remarks have caused chaos, and I would like to apologise to express my deepest apologies to the members of the council and executive board, as well as the entire community,” Yoshiro Mori told a meeting of the Tokyo 2020 executive board on Friday, February 12.

“The important thing is that the Olympic Games are held in July. If I am going to be [an obstacle] to their delivery by remaining in my position, then that is something we should avoid.

“The Games should continue under new leadership, so I’m announcing today that I’m stepping down as president of the organising committee.”