Are Britain’s Lost Parcels Really Being Sold Off On Ebay? 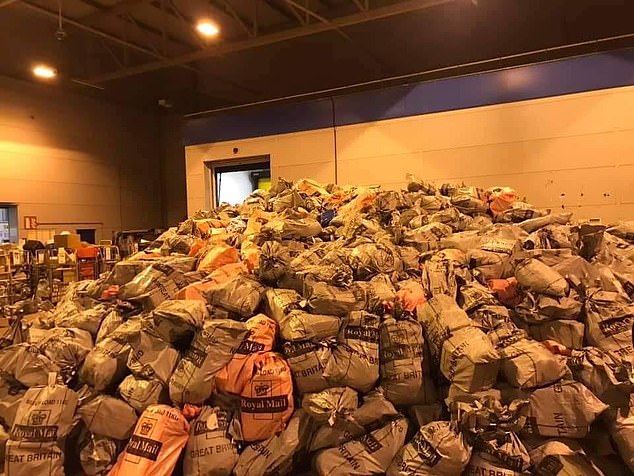 Are Britain’s Lost Parcels Really Being Sold Off On Ebay?. image: Pexels

Are Britain’s Lost Parcels Really Being Sold Off On Ebay?

ROYAL MAIL customers have reacted angrily after it emerged that it auctions off the contents of at least 75,000 undelivered packages that become “lost in the post” each year.

Even customers who paid extra for supposedly “secure” services have discovered that items they sent were lost in the postal system and put up for auction. One example is of retired teacher, John Beattie, who uncovered the problem after he found a set of rare bagpipes he posted were on sale on the auction website eBay.

He had sold the 1910 Henderson bagpipes to a Belgian collector and sent them by the Royal Mail’s Airsure premium airmail service last July- however, they never arrived, even though the package was correctly labelled.

In March, a friend spotted the pipes on sale on the Internet. Mr Beattie discovered that the package had been sitting in the Royal Mail’s Dead Letter Office – the national undelivered mail centre in Belfast. It was then sent to Wellers, a firm of Surrey auctioneers, who sold it to an online bidder for £60.

It later ended up in the possession of a man in Glasgow, who advertised it on eBay. Wellers has an exclusive agreement to sell the Royal Mail’s undelivered items. Mr Beattie, 55, of Northwich, Cheshire, has received the maximum £500 compensation but has still been left £1,000 out of pocket.

“I’ve spent a year trying to sort this out,” he said yesterday. “I did everything I should have. I clearly addressed the box containing the bagpipes and Royal Mail labelled it with its own stickers too. It even had an online tracking tag attached to it, and this was supposed to enable the Royal Mail to follow the package’s progress.

After months of phone calls and countless letters, I’ve lost my bagpipes, lost money and I am worried this is happening to plenty of other people too. Royal Mail does not answer to anybody. If something goes missing, it is not interested in returning it.” Strathclyde police are holding the bagpipes until they ascertain the rightful owner.

Wellers refused to comment on its exclusive arrangement with Royal Mail, saying it is bound by a confidentiality agreement. A Royal Mail spokesman said: “Each year 500,000 parcels are undeliverable because they are either incorrectly addressed or have no address or the intended recipient has moved.

“We do all we can to reunite them with their owners at a cost of £10 million a year.” The spokesman said around 15 per cent of lost items were sold off, “a very small part of the cost of running the centre”.

In 2019-2020, Royal Mail received some 250,000 complaints from customers about lost post. In a survey, a third of Britons said they’d had items go missing.

The system reached a state of near-collapse in several towns in December, and regulator Ofcom has warned that unless Royal Mail adapts to the increased demand its future could be at risk.

Thank you for taking the time to read this news article “Are Britain’s Lost Parcels Really Being Sold Off On Ebay?”. For more UK daily news, Spanish daily news and Global news stories, visit the Euro Weekly News home page.