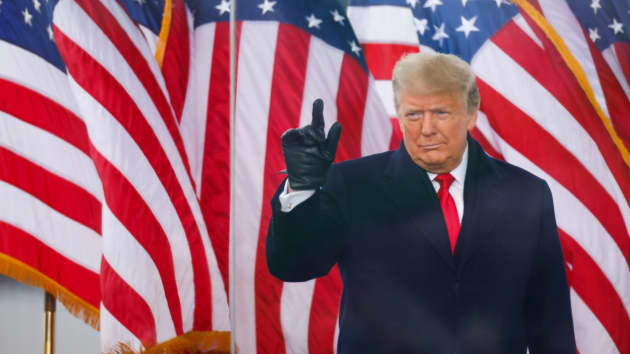 Donald Trump has been ACQUITTED of all charges. image: Pexels

Ex-US President Donald Trump has been acquitted by the Senate of inciting riots.

The Senate has acquitted former President Donald Trump of an article of impeachment that charged he incited the Jan. 6 Capitol riots- the 57-43 vote fell far short of the Constitution’s two-thirds requirement.

Trump’s lawyer Michael van der Veen maintained in closing arguments that Democrats were hypocritical for impeaching Trump over a heated pre-riot speech and said the proceeding was unconstitutional.

“Throughout the summer Democrat leaders including the current president and vice president repeatedly made comments that provided moral comfort to mobs attacking police officers,” van der Veen said. He added that that the Capitol break-in that disrupted certification of President Biden’s victory and left five dead actually “was pre-planned and premeditated by fringe left and right groups.”

“The gathering on Jan. 6 was supposed to be an entirely peaceful event,” van der Veen said. He argued that local officials failed to provide adequate security for the Capitol.

Trump’s now second impeachment acquittal followed a dramatic request by House managers to call at least one witness — threatening to drag the trial weeks longer — only for a compromise to be reached adding a statement from Rep. Jaime Herrera Beutler (D-Wash.) into the record.

“We’ve shown you how President Trump created a powder keg, lit a match and then continued his incitement even even as he failed to defend us from the ensuing violence,” Raskin said Saturday. This case is about whether our country demands a peaceful, non-violent transfer of power.”

Raskin said that Trump knew there would be violence at the Capitol after he concluded a pre-riot speech and that he didn’t join the march because “he didn’t want to be too close to the action when all hell was about to break loose.”

“We’re defending the US Senate and the US House against a president who acted no better than a marauder and a member of that mob by inciting those people to come here. And in many ways he was worse. He named the date, he named the time and he brought them here. And now, he must pay the price,” Raskin closed.

The trial’s outcome was long viewed as a foregone conclusion due to the 17 Republican voted needed to convict. Last month, just 10 House Republicans voted to impeach Trump and on Tuesday only six GOP senators voted that the trial was constitutional.

Many Republican senators said they could not see past their belief that the trial was unconstitutional because Trump no longer holds office. Others said that they believed that impeachment managers failed to prove that Trump incited the violence.

Among those voting to acquit was Republican Senate Minority Leader Mitch McConnell of Kentucky, who said last month that the rioters were “provoked by the president” and his wife, former Transportation Secretary Elaine Chao, was the first Trump cabinet member to resign over the violence.

It was the fourth Senate impeachment trial in US history and follows Trump’s acquittal last year in a separate trial for allegedly obstructing Congress and abusing his power by asking Ukraine to investigate now-President Biden and his son Hunter.