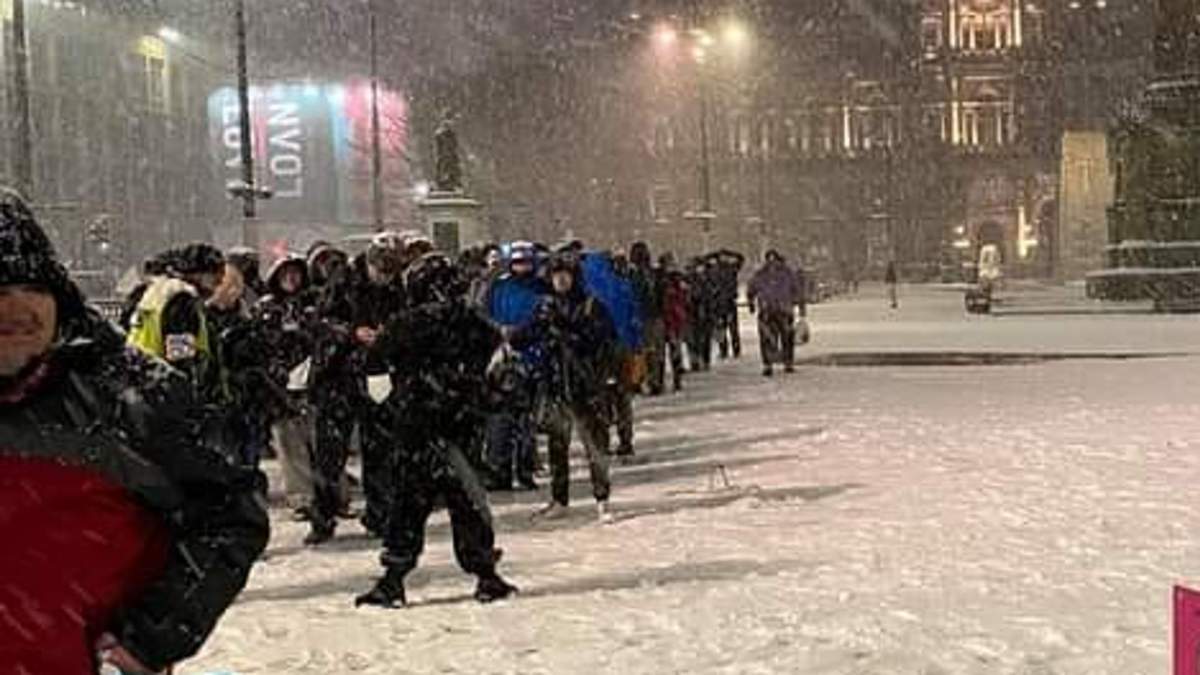 A photograph posted and circulating on social media by Graeme Weir, a volunteer with the Kindness Homeless Street Team, showing 200 homeless people standing in line for a hot meal from a soup kitchen in Glasgow, with temperatures plummeting as low as -6C, has caused outrage and anger.

Graeme, who had posted that image on his Facebook page, likened the scenes to those in an Eastern European country “decimated by years of Communist rule”.

He told Sky News, “This makes me so angry. This has to end. I know some of these people personally and most of them are good people who have just hit a wee bump in the road. We as a civilised and caring nation need to step up”.

The Kindness Homeless Street Team first started out in 2019 as a small venture, by 37-year-old Glaswegian Laura McSorley, 37, to feed homeless people, when she says she had just £5 in her pocket, but now, with 60 volunteers, Laura says she must have already handed out tens of thousands of hot meals during their four nights a week on the Glasgow streets.

Ms McSorley claims the government is only allocating a small box of cereal and a piece of fruit to the homeless, to last them the entire day, but, since the advent of the coronavirus, the vast majority of homeless have been moved into Scottish government-supplied accommodation in bed and breakfasts, and hotels.

Douglas Ross, the Scottish Conservative leader, commenting on the photograph said, it was “appalling and shocking to see this is happening in Glasgow in this day and age. The SNP’s talk on tackling homelessness has been cheap”.

Meanwhile, a Scottish Government spokesperson was reported as insisting there was “no shortage in food provision for those supported by services in B&Bs and hotels or in rapid rehousing welcome centres”.

Thank you for taking the time to read this news article “Photograph Of 200 Homeless People Queuing For Food In Glasgow Causes Fury”.