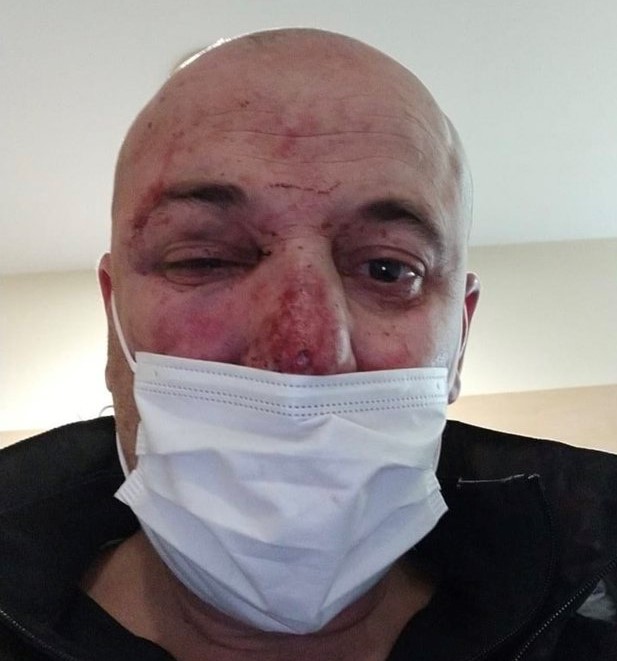 The deputy inspector and another officer have been arrested after the Town Council condemned the attack in Linares, Jaen, on Friday, February 12, claiming unnecessary “forcefulness” and “violence” was used.

VIDEOS of the “brutal” incident has caused outrage after being shared on social media, showing scenes unravel on the terrace of the La Galería cafeteria before spilling into the street.

According to various reports, the cops – who were off-duty and having a drink – had a “run-in” with the victim around 6.30pm.

Linares Council has issued a statement demanding action be taken against the two cops.

“We strongly condemn the brutal aggression committed against a neighbour of the city and demand that forceful action be taken against an attitude that tarnishes the image of a body that has always guarded the security of the people of Linar.

“Likewise, we hope that the disciplinary measures and of any other nature that are necessary will be taken so that the aggressors cannot return to commit a violent act like the one that happened (on Friday).

“The Council is in continuous communication to find out the status of the person attacked, to whom we show our most absolute support and solidarity, as well as their families and loved ones.

Police sources confirmed “an investigation has been opened” into the two officers to clarify the circumstances of the fight in which a citizen was beaten and their 14-year-old daughter attacked.