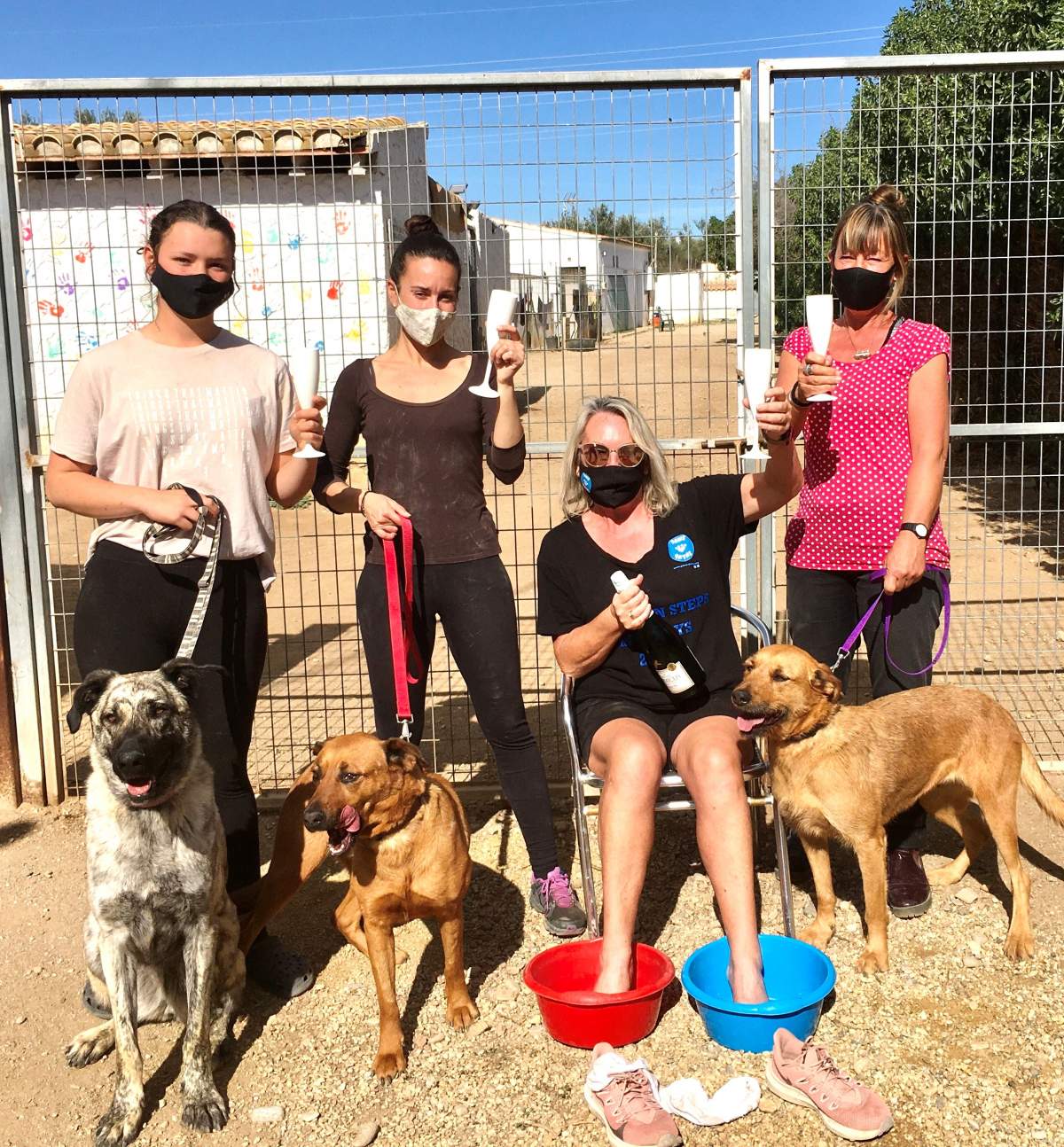 PAWS-PATAS volunteer Christine Logan recently made the front page of the Euro Weekly News.
She had announced her intention of walking a million steps in 50 days to raise much-needed funds for the animal charity.
Never one to break a promise, Christine completed her challenge at 5pm on Friday February 12, romping home with an extra 10,000 steps because she wanted to finish at the PAWS-PATAS shelter gates.
Averaging 22,000 steps per day, Christine beat her deadline by eight days and the €500 that she had hoped to raise grew to a magnificent €1,841 at the time of going to press.
However, she is keeping her Facebook account open until the end of the month in hopes of reaching a nice round figure of €2,000.
Christine said that she would like this money to be put into a special fund to cover any serious medical treatment that an abandoned dog might require when taken into the shelter.
“People have been so generous and supportive,” Christine said. “Strangers approached me and handed me money, cars honked and folk waved as I continued my daily quota of steps.”
Thankfully, she was blessed with fine weather for most of the past seven weeks but it was tough going during the cold, wet snap when a massive blister meant she had to walk in flip flops.
“Perhaps in this difficult time it gave people something to focus on. I’m just Mrs Average with a love of animals and people connected with that,” Christine explained.
It was an amazing feat for her size 40 feet, and during the last week she began to feel the strain and discomfort not only in her feet but in her legs and back, too.
This, she believes, was a message from her subconscious, aware that her major undertaking was coming to an end.
“But what to do next?” Christine asked herself.
She now plans to upgrade from walking to running.
“I’ve never done that in my life!” she exclaimed. Undaunted, she plans to start training and enter the half-marathon that is due to take place in Mojacar this November.
But before that mammoth task starts – restrictions allowing – a serious massage and pedicure is top of her list.  Just what the vet ordered!
Not everyone can emulate Christine’s million steps – plus that extra 10,000 – but readers who would like to know more about PAWS-PATAS’s work for both dogs and cats, or donate, will find full details on their www.paws-patas.org website.