Mother of UK Boy Recruited by Nazis Speaks Out 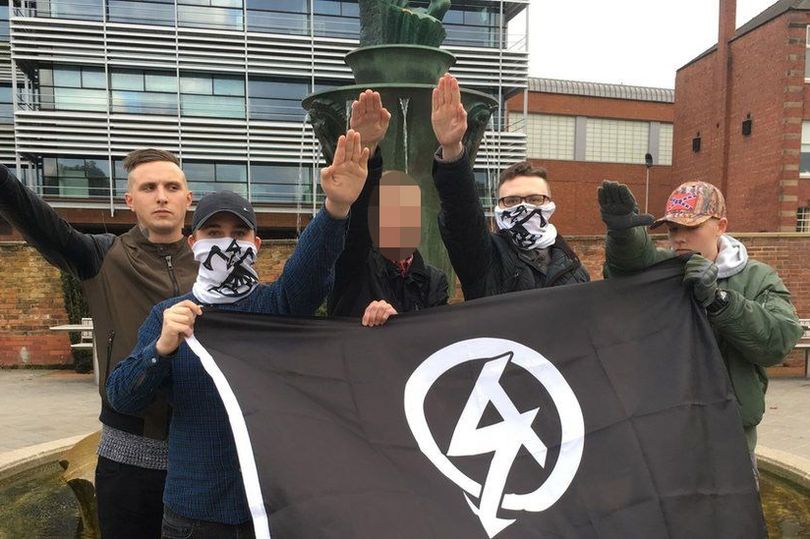 THE mother of a UK boy who was recruited by Nazis has spoken out to help other parents prevent their children being led in by the same group.

The woman has spoken to one publication after the boy is now in prison after being recruited by a group of Nazis organsation in the UK.

Katherine, who did not want to use her full name due to fear of far right recriminations, told one publication her son went from an “ordinary lad,” to a convicted terrorist.

She said her son changed after he was robbed at knifepoint at the age of 19, his parents split up and his girlfriend broke up with him and he became interested in “patriotism and immigration.”

Katherine, 57, said: “He couldn’t understand why the robber wasn’t arrested and began looking at websites talking about patriotism and immigration.

“He was listening to Nigel Farage but said UKIP weren’t achieving anything through official channels.

“I’ve always been left-leaning in my politics and I tried to discourage him.”

In May 2016 her son admitted he had joined the terror group National Action.

Katherine told the publication: “I looked them up and was horrified. My son started telling me the Holocaust was a conspiracy. I tried to reason with him but he wouldn’t listen. By then he was ­entrenched in the ideology.”

After finding a Nazi flag in her son’s room, Katherine eventually called police.

In late 2017, anti-terror police raided their West Yorkshire home and her son was arrested for posting race-hate messages. At 2018 trial, he boy was handed a 12-month suspended sentence.

He was later arrested again for being a National Action member. He received a four-and-a-half year sentence last June, despite telling the judge, “I’ve turned my back on the far-right.”

Katherine said: “My son was vulnerable when he got involved with the far-right. I want other parents to realise this could happen to their children too.

“My son’s first arrest knocked sense into him but it was too late. My advice to anyone who suspects their child may be going down his route is to get help as early as possible.

“He’s so remorseful and wants to get out get on with his life. He knows what he did was wrong and feels National Action lied to him.”