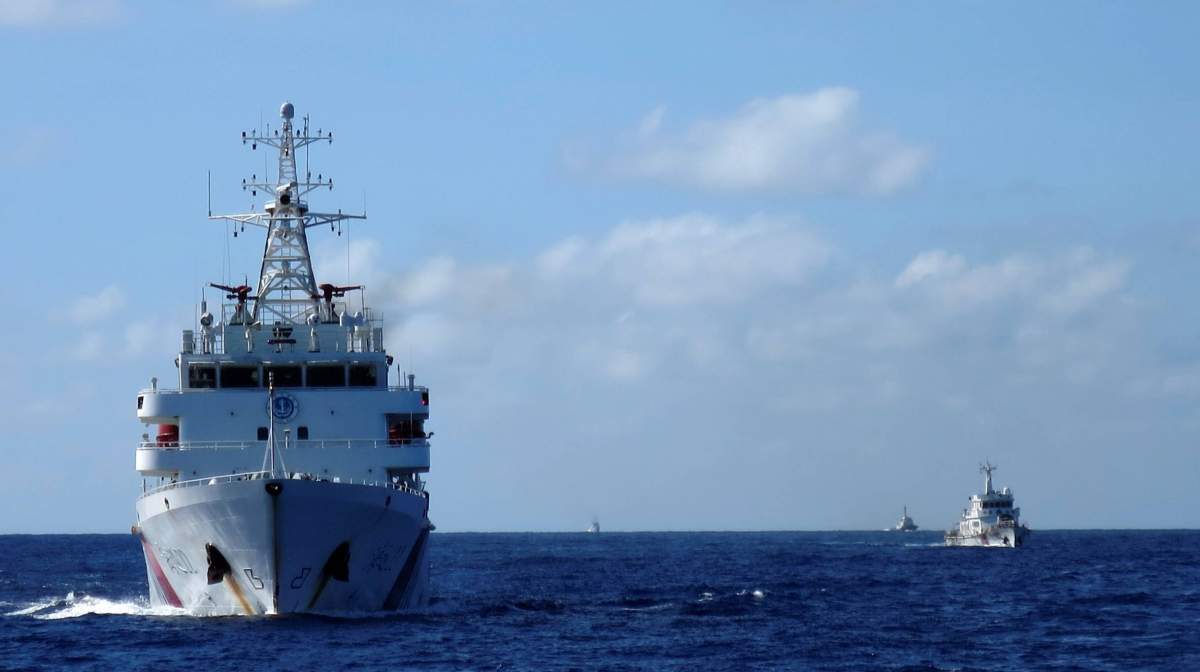 CHINA’S new coast guard law has come into effect. It allows the Chinese coast guard to fire upon vessels around the Senkaku Islands in the East China Sea, which are claimed by both China and Japan, or ships around a number of reefs and islands in the South China Sea where Beijing has long contested claims with the Philippines, Taiwan and Vietnam, among others. The new law could escalate tensions in the region- Japan is now debating how to respond.

What is the structure of China’s coast guard?

A 2020 U.S. Department of Defense report notes that, over the past decade, China has more than doubled the number of large coast guard patrol ships over 1,000 tons, from about 60 in 2010 to more than 130 as of last year. That makes the Chinese coast guard, dubbed by some as China’s second navy, the largest in the world, the DOD says.

The majority of these new ships are equipped with not only helicopter facilities and water cannons but also 30 mm and 76 mm guns, which are often much bigger than the guns carried by the coast guard fleets of other countries. Some of these coast guard ships can also operate far away from the mainland Chinese coast, and for extended periods of time.

The Chinese coast guard can also call on 70 ships of more than 500 tons for more limited offshore operations, as well as over 400 coastal patrol craft and about 1,000 small boats that patrol river areas. But there are also two patrol cutters over 10,000 tons, making them the largest coast guard ships in the world.

For many years, the Chinese coast guard had been under the control of China’s State Oceanic Administration, a civilian body. That changed in 2018 when it was placed under the command of the Central Military Commission, China’s top military policymaking body, which is led by President Xi Jinping.

What does the new coast guard law allow and what is China’s justification for it?

If a Chinese coast guard patrol encounters a foreign vessel in waters claimed by China, it is now authorized to fire upon that vessel. In addition, the coast guard can now forcibly remove buildings constructed by other countries on territories claimed by China. The law outlines a series of steps the coast guard can take against a foreign vessel. These include police actions, such as the use of water cannons, handcuffs and tear gas to force a vessel to stop and be boarded.

The law allows the use of hand-held weapons when the Chinese coast guard believes a foreign vessel entering its claimed jurisdiction carries criminal suspects, illegally contains weapons, ammunition or vaguely defined materials related to state secrets, or when it refuses to comply with the initial order to stop.

Ship and airborne weapons can be deployed in three different cases: when conducting counterterrorism operations, dealing with serious violent incidents or after being attacked with weapons.

China’s position is that the new law streamlines operations and that being able to use force is a common practice among the coast guards of other nations, including Japan and South Korea. In 2001, Japan authorized its coast guard to use weapons, including automatic cannons and machine guns, against unidentified vessels in Japanese waters that are trying to escape. South Korea passed a law in 2016 authorizing the use of handguns and water cannons against foreign ships illegally operating in its waters.

The contested waters have become another flashpoint in the increasingly testy bilateral relationship between Beijing and Washington. The U.S. military has steadily increased its activities there in recent years as China asserts its territorial claims in the area in conflict with neighbouring countries including Vietnam, Malaysia, the Philippines, Brunei and Taiwan.

The announcement of the recent drills in the Gulf of Tonkin, just east of Vietnam, came as the Southeast Asian country opened a key Communist Party congress in Hanoi.

China has complained that the United States frequently sends aircraft and vessels into the South China Sea, through which trillion dollars in trade flow every year, to “flex its muscles” and said such actions are not conducive to peace and stability in the region.

Like the Philippines and Vietnam, Japan has expressed grave concern over the new law, with senior members of the government including Foreign Minister Toshimitsu Motegi saying it must not be applied in a way that violates international standards.

In December, as China was debating a draft of the new law, Toshinari Matsuo, director of the Operational Law Office at the Maritime Self-Defense Force’s Maritime Command and Staff College, wrote that the new law went beyond the norms established by the United Nations Convention on the Law of the Sea (UNCLOS). That law says a coastal state may take the necessary steps against foreign vessels passing through its territorial waters if their passage is not innocent.