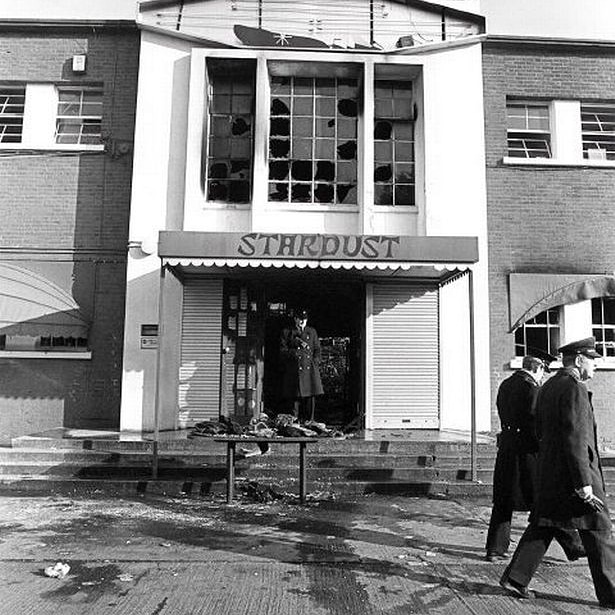 On the eve of Valentine’s Day in 1981, more than 800 young Irish people packed into the now infamous Stardust Ballroom in the Dublin suburb of Artane to enjoy a dance competition and disco. As the winners of the competition took to the stage shortly before 1:30am on February 14, a fire broke out, but it was initially ignored by the energetic crown who thought it was part of the show. However, within minutes, the blaze caught the carpeted floors and walls and engulfed the room in thick black smoke. Shortly afterward, part of the ceiling collapsed and plunged the building into darkness.

While most people made it out through the front doors, dozens were trapped by the padlocked emergency exits, which had been chained up to prevent people from sneaking into the venue without paying. Others tried to avoid the stampede by escaping through the bathroom windows, but these were blocked by metal bars.

When the fire engines arrived some twenty minutes later, they found dead bodies piled up inside the doors, all of the victims ages between 16 and 18 years of age. In all, 48 people lost their lives, while a further 200 were seriously injured. Half of those who lost their lives in the tragedy were under 18.

A tribunal of inquiry into the disaster in November of 1981 found that the cause of the blaze was most likely arson, but families of the victims were outraged that the owners of the venue would not be held accountable. After years of complaining, the families have been vindicated after the Attorney General confirmed that new inquests were required as there was “an insufficiency of inquiry as to how the deaths occurred”.

In November 1981, the tribunal of inquiry into the Stardust disaster, led by Justice Ronan Keane, concluded that the fire was probably caused by arson.

Antoinette Keegan, who recently passed away, attended the Valentine’s disco with her 19-year-old sister Mary and 16-year-old sister Martina; her sisters both lost their lives that night. Over the years, she has recalled the painful and terrifying moment she realised something was wrong.

“When we were on the floor dancing, the DJ used to let off special effects, like dry ice and I just saw the smoke drifting across the ceiling and my friend said look over there there’s a fire and I looked over and there was a small fire on the seat.

“The fire was actually coming down on top of us, the ceiling started collapsing on top of us, thick black smoke just filled up everywhere. Then the lights went out and the music stopped and we were just left in pitch dark with flames all around us. And literally we couldn’t breathe. It was horrible it was.”