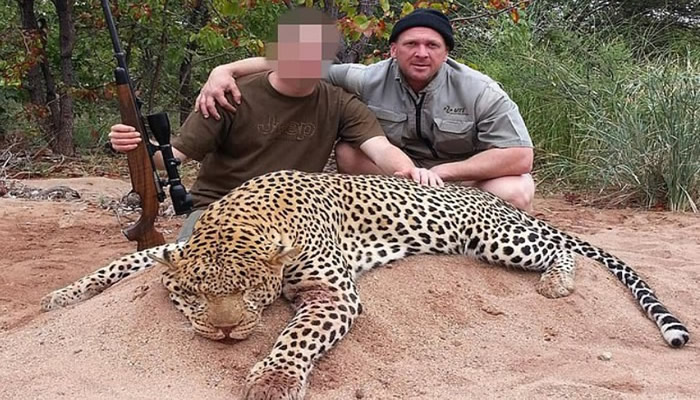 A company called Take Aim Safaris, which runs safaris in Johannesburg and Zimbabwe, has reportedly been emailing clients trying to encourage them to go to South Africa to hunt and kill endangered species that they claim are plentiful since the pandemic.

The Sunday People saw a copy of an email sent out to 3,000 clients globally, by the company owner, Carl Knight, in which he wrote, “Big elephant and trophy buffalo + hippo, croc are plentiful”.

It continued, “The areas are well-rested, the animal movement is fantastic. I have quota available on the big cats, leopard, and lion plus elephant bulls at unbeatable prices”, accompanied by photographs of trophy hunters posing with their ‘kill’.

According to The Sunday People, Mr Knight is charging clients £14,500 to kill a lion, and £10,000 for an elephant, but claims that the creatures are ‘plentiful’ did not go down well with the World Wildlife Foundation, whose spokesman claimed there are only around 415,000 African elephants in existence, with them facing extinction, and also African lions are said to be down to just 20,000 in the wild.

The founder of the Campaign To Ban Trophy Hunting, Eduardo Goncalves, tweeted, “Carl Knight is selling lucrative hunts in endangered animals to make money for himself and put a sick smile on the face of those who enjoy killing animals just for fun”.

On his Take Aim Safaris website, he writes, “I am a British National that lives in Johannesburg South Africa, and have done so almost all my life. I have hunted South Africa and Zimbabwe extensively over the last 38 years as I write this in July 2019 I am 45 years of age”.

Speaking with MailOnline, he said, “I am a licensed professional hunter, this is my work. This is Africa, I grew up here, this is what I know, hunting is my qualification. In all my life I have only ever hunted with one British client. Sorry that you don’t like my work. We eat what we hunt, we love and conserve animals. I have broken no laws”.