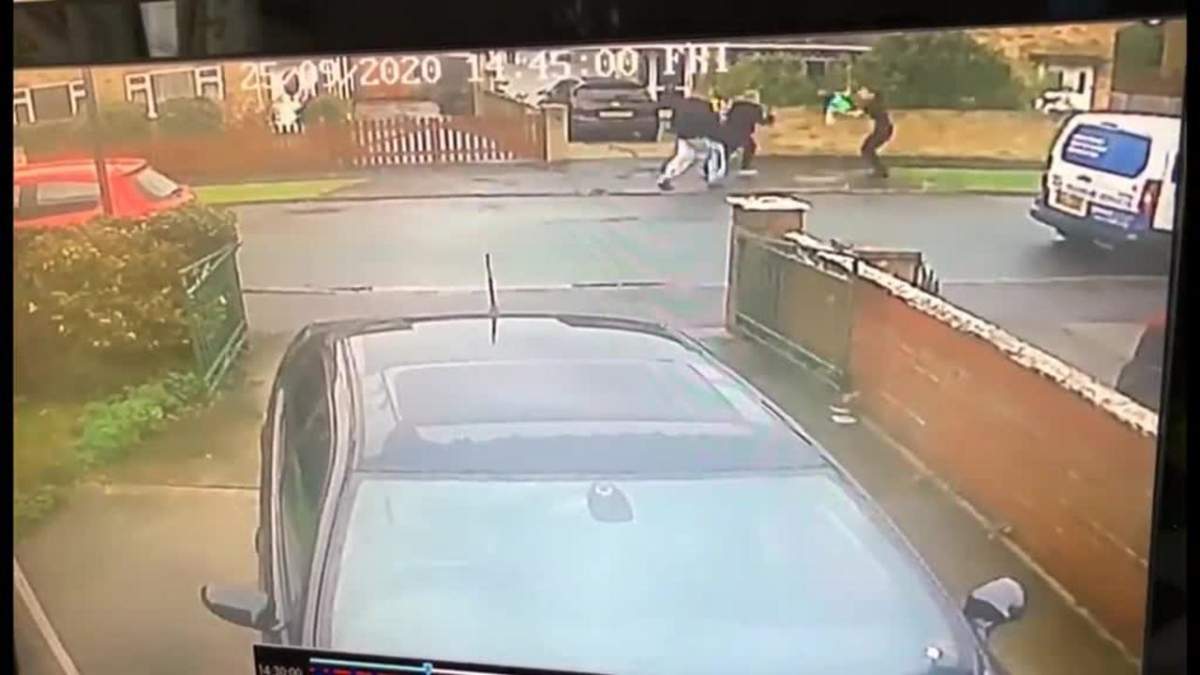 Man douses his cousins in petrol and waves lighter in terrifying attack.

THE Crown Prosecution Service released CCTV footage of the horrifying incident in Immingham as part of its court case against Asley Chester.

In the clip, Chester, 26, from Grimsby, can be seen running up to his cousin’s car and covering it in petrol as she sits inside the vehicle.

Another cousin can be seen trying to stop Chester, and both chase the defendant before managing to push him into a neighbour’s garden.

Chester is waving a lighter in the footage recorded at around 2.45pm on September 25, 2020.

The court heard Chester had previously threatened to set fire to the home of one of the cousins following a family dispute.

Chester admitted affray when he ran at his cousins with the fuel and a lighter, threatening to burn their home.

Prosecuting Craig Lowe said one of the cousins rushed home when she received a message about the threats to torch the house.

To try to gain evidence, one of the cousins parked up outside the property and turned on her dashcam.

The incident unfolded and was recorded.

Mr Lowe told the court that Chester “had a lighter and the cousin was petrified what would happen to her”.

He added: “The fuel was on her and her brother who saw his thumb on the igniter,” reports GrimsbyLive.

Three days after the frightening incident, Chester was arrested.

In an impact statement, one of the victim’s mother said she was heartbroken and that the incident “has ripped the family apart”.

It’s unknown what was behind the family feud.

In his defence, Andrew Bailey said his client had no previous convictions, that his actions on the day were ‘out-of-character’ and that Chester was “ashamed of himself”.

Recorder Jeremy Barnett deferred sentence for six months and Chester was ordered to stay away from Chestnut Avenue and Pamela Road in Immingham.

He said Chester could be looking at 18 months in custody.