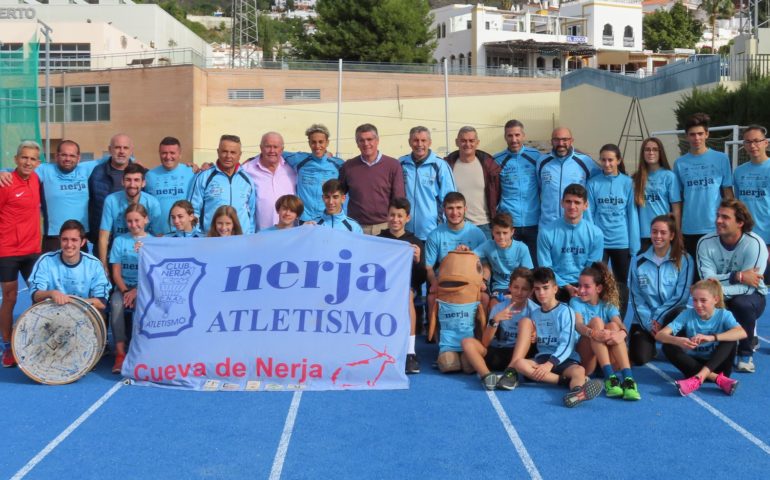 Mayor congratulates athletic club ahead of prestigious award.
THE Mayor of Nerja, José Alberto Armijo, and Councillor for Sports, Daniel Rivas, congratulated the Nerja Athletics Club, ahead of their “M de Malaga” award from the Provincial Council on Andalucia Day.
The award is in recognition of the club’s continued contribution to the development of sport within the province, as announced by the president of the Provincial Council, Francisco Salado, who said he “values the sports talent of the Nerja club”.
Commending the team, the mayor said: “It is a deserved recognition for the Nerja Athletics Club. The town should feel very proud today for all these years full of successes, which have made the team a true benchmark for the world of athletics at the provincial, regional, national and international levels, taking the name of Nerja to the top”.
The mayor also congratulated the president of the club, Enrique López Cuenca, and the technical team, for their work, effort and dedication.
Meanwhile, Councilor for Sports, Daniel Rivas reiterated the support and involvement of the council with Club Nerja de Atletismo, taking the opportunity to congratulate the athletes for the achievements and great results obtained in the championships.
The Nerja Athletics Club will receive the award on February 27 at the Edgar Neville Auditorium, along with the rest of this year’s winners, sponsored by Telefónica de la Esperanza, 101TV and Maskom supermarkets.
There will be no audience due to Covid, but the ceremony will be broadcast live on the Provincial Council’s YouTube channel.