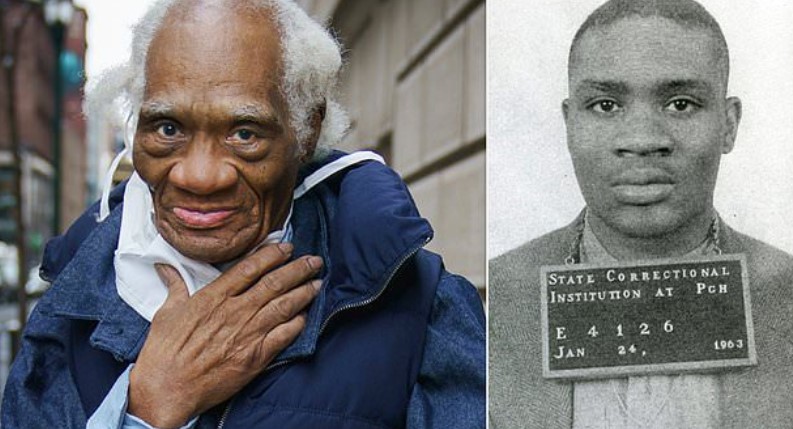 OLDEST Juvenile Lifer In US Prison History Is Finally Freed Aged 83, after spending 68 years behind bars

Joseph Ligon, aged 83, who was the longest-serving juvenile inmate in the history of the US prison system, has finally been freed after being incarcerated in 1953 for two murders he still insists he never committed, spending an incredible 68 years behind bars, after refusing to apply for parole on the grounds that he was innocent, even though he could have applied for parole as far back as the 1970s!

He was freed last Thursday from the State Correctional Institution Phoenix in Montgomery County, saying just, “That was no sad day for me”.

When Ligon was just 15 years old, he was sentenced for taking part in a string of robberies and assaults with a group of drunk teens in Philadelphia, and given life imprisonment, after two people had died, but told the Philadelphia Inquirer that he never killed anybody and feels he was made the scapegoat.

A US Supreme Court ruling in 2012 stated that mandatory life sentences imposed on juveniles constituted cruel and unusual punishment and were thus unconstitutional, but the state of Pennsylvania was among a group that refused to reduce life sentences, then four years later, the court ordered states who had sentenced juveniles, to reduce their sentences.

That ruling led Ligon to be resentenced to 35 years to life, which meant he was liable to apply for parole, but he refused, maintaining his innocence, saying, “I’m just a stubborn type of person, I was born that way. I like to be free. With parole, you got to see the parole people every so often. You can’t leave the city without permission from parole. That’s part of freedom for me”.