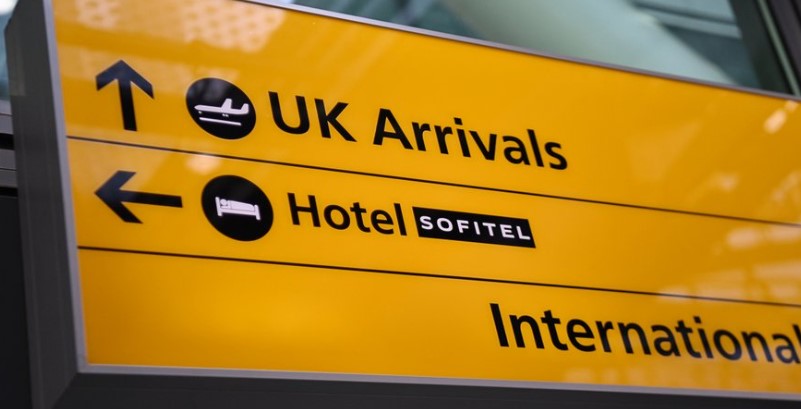 As the first passengers destined for the UK’s new quarantine hotel scheme landed at Heathrow Airport on Monday, February 15, the scene descended into chaos as many angry travellers claimed they weren’t aware of the new rules. Those travelling from ‘red list’ countries unaware of the regulations were shocked to be not only slapped with a £500 fine, but to then be told they would be forced to fork out an additional £1,750 and stay for ten days at one of the government-approved quarantine hotels.

British businessman Wayne Kelly said that he hadn’t been paying attention to the news and was shocked when the first he heard of it was from a note handed to him by Border Force advising him he’d be fined for breaching Covid laws on his return from Dubai.

Mr Kelly, from Birmingham, said: ‘I didn’t know what this is all about and I still don’t understand it. I came in from Dubai. I’ve now got a pay £1,750 to stay in a hotel.

‘And this letter they’ve given me says I could be fined another £500. I’m trying to work and make a living. It’s a terrible way to treat people.’

‘The first I realised I was going to be in this trouble was when I got off the plane,’ he said. ‘Now I’ve got this nightmare of being put into a hotel when I’ve actually got a home in Birmingham with my family.

‘I was in Dubai last month when I got back I quarantined at home with no problem. I should be allowed to do that again.’

‘This is just ridiculous. My wife was going to pick me up so I wouldn’t be mixing in public anyway. I don’t believe this is happening.

‘And if they’re starting to put us up in hotels now, why didn’t they do this last year? New Zealand and Australia and places like that have virtually beaten the virus. This is a little bit too late and too cruel if you ask me.’

Meanwhile, the hotels responsible for hosting the quarantine ‘guests’ have said that those staying with them can expect all the creature comforts of home, with ‘branded shampoo, puzzles and crockery.’ However, people in quarantine at the facilities face airline-style dinners left at their door for ten days, and will be accompanied by a security guard if they want to go for a cigarette or grab a breath of fresh air.