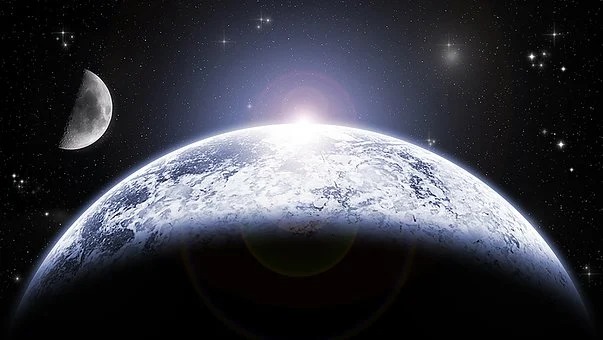 THE most distant object ever observed in the Solar System has been discovered.

Provisionally christened ‘Farfarout’, it is a 400 km diameter planetoid that is 132 times further from the Sun than Earth.

A team of astronomers from different universities has confirmed the discovery of the planetoid which is at least four times further from the Sun than Pluto, making it the most distant object observed so far in the Solar System.

Until now the record for the furthest away object, discovered by the same team of scientists, was planetoid Farout. It is also about 400 km in diameter, and was detected for the first time in 2018, but only now has sufficient data become available to pinpoint its orbit.

The name, however, is not official, and will be changed to another once its orbit is more accurately determined within a few years.

‘Farfarout’ is currently 132 astronomical units (AU) from the Sun.

One AU is equivalent to 150 million km, which is the distance between the Earth and the Sun. The object, then, is 132 times further from our star than our planet is.

‘Farfarout’ “takes about a thousand years to complete each orbit around the sun” explains David Tholen of the University of Hawaii at Manoa and co-author of the discovery, and in doing so, crosses the orbit of Neptune, so the researchers think that it is very likely that it has experienced strong gravitational interactions with the giant planet which would explain the reason for its elongated orbit.

The planetoid was discovered by the Subaru telescope, located on top of Mount Maunakea, in Hawaii, and was later followed by other telescopes (the Gemini North and the Magellan) to determine its orbit as accurately as possible.

“The discovery of ‘Farfarout’,” says Scott S. Sheppard of the Carnegie Institution and another of the object’s discoverers, “demonstrates our growing ability to map the outer solar system and observe ever closer to its limits.”

Thank you for taking the time to read this news article “Farfarout is the most distant object ever observed in the Solar System”. For more UK daily news, Spanish daily news and Global news stories, visit the Euro Weekly News home page.