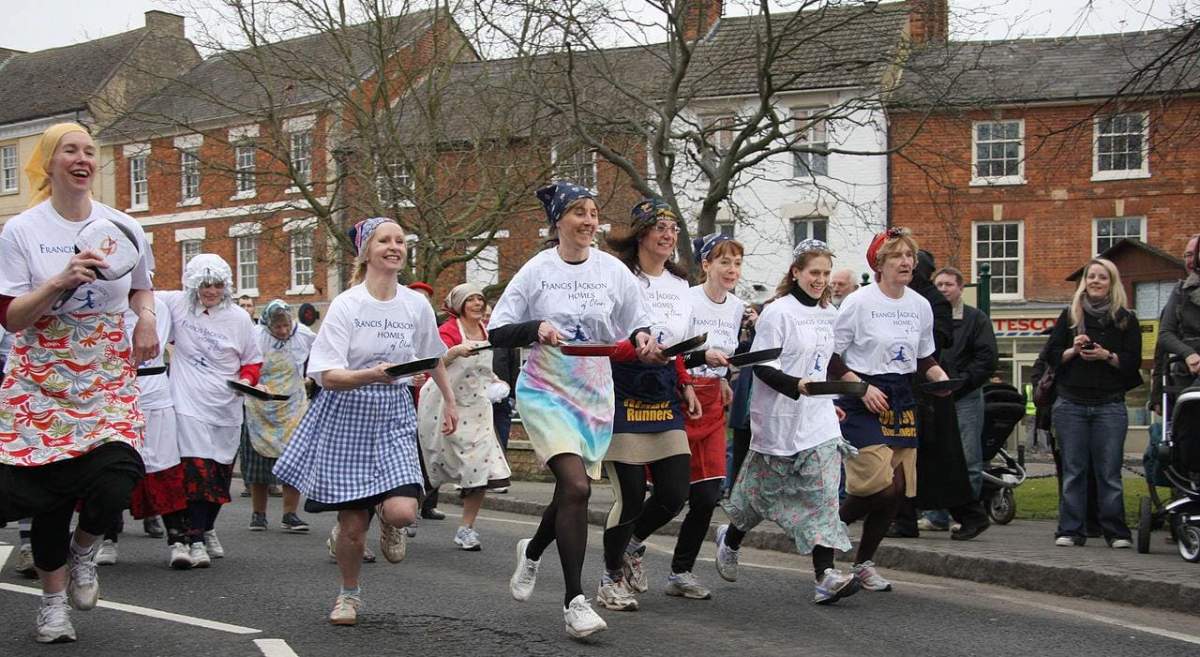 Today, Tuesday, February 16, is ‘Pancake Day’ as we Brits call it, a traditional feast day dating back to ancient times, known historically as Shrove Tuesday, that signifies the start of Lent, which always begins on Ash Wednesday and is a 40 day period of fasting that leads up to Easter.

In Anglo- Saxon times, Christians would go to confession on Shrove Tuesday to be absolved from their sins, which was known as being ‘shriven’, and a bell, which came to be known as the ‘Pancake Bell’ would be rung to call people to confession, and is in fact still rung in some places today.

Shrove Tuesday, Anglo-Saxon Christians went to confession and were “shriven” (absolved from their sins). A bell would be rung to call people to confession. This came to be called the “Pancake Bell” and is still rung today in some places.

As the 40-day period of fasting was about to begin on Ash Wednesday, people would use up eggs and fat, so save them from going to waste, and pancakes were one of the easiest things to make with those ingredients.

Traditional English pancakes are thin, flat cake, made of batter and fried in a frying pan, and served piping hot from the pan, usually topped with caster sugar, lemon juice, or Golden syrup.

Cookery books as far back as 1439 spoke of pancakes, and the tradition of ‘tossing’ a pancake is almost as old, as written in Pasquil’s Palin, in 1619, “And every man and maide doe take their turne, And tosse their Pancakes up for feare they burne”.

Some experts say that the four main ingredients of pancakes symbolise the four points of significance at this time of the year:

If you would like to try making pancakes for the first time today, as it is pancake Day anyway, give it a try, here is a recipe:

To make 8 or so pancakes you will need 8oz plain flour, 2 large eggs, 1 pint of milk, salt.

Did you ever take part in a Pancake race as a kid? Or even as an adult!
The pancake race, according to history, originated when one lady was in her home in Olney, Buckinghamshire, preparing pancakes on Shrove Tuesday, in 1445, when she heard the sound of the shrivelling bell, and ran from her home, still wearing her apron, and holding the frying pan containing the pancake mixture, while running to the church.

Now, a world-famous pancake race takes place each year in Olney where the competitors have to be local housewives and they must wear an apron and a hat or scarf and race holding their frying pans whilst tossing the pancakes as they run.

Thank you for taking the time to read this news article “Today Is Pancake Day Folks”.