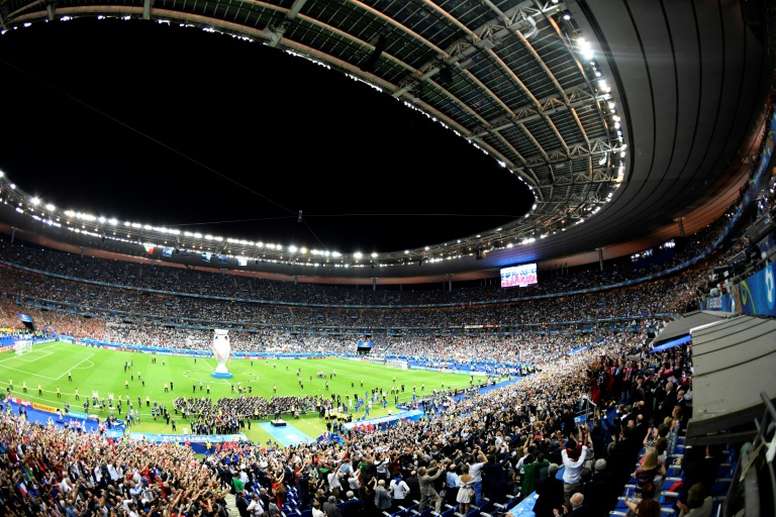 UK GOVERNMENT ministers are planning to allow football fans to attend games when the Euro 2021 championships ‘kick-off’ in early June, according to reports.

The competition, which is being held a year later than planned because of the covid pandemic, is almost certain to go ahead this summer, with officials increasingly confident that some supporters will be allowed into stadiums.

They hope that spectators will also be allowed to attend other major sporting events like Wimbledon, which begins in June. However, social distancing is likely to still be in place in summer, meaning there will be limits on the number of fans allowed into grounds.

That would create a major headache for event organisers, given the fact that tickets for the Euros and other major events have already been sold. Many supporters with tickets are almost certain to miss out, but how to decide which ticketholders are allowed in remains to be finalised.

On the issue of the Euros, a government source said: “It’s pretty unlikely that we’re going to be able to have full stadiums by June but the hope is very much that we will be able to have some fans at the games.”

However, there is likely to be trouble ahead for fans wanting to travel to follow their team, with strict quarantine and testing arrangements in force across the continent, including in the UK, making crossing borders very difficult.

The unusual format of the Euros this time around, with games spread across Europe rather than being held in one country, has complicated the matter.

Government sources said the UK would be happy to host the entire tournament if football authorities decided that this would be the easiest solution, but that UEFA, which organises the championships, was unlikely to make such a request.

One said: “They haven’t asked and they probably won’t but if they did offer it then we, like any country, would bite their arm off.”

UEFA has already refused an offer from Israel to host the whole tournament and has reiterated its desire to hold the games across 12 European cities, including London and Edinburgh.

It is unclear whether fans could be allowed to attend games any sooner than the start of the Euros. Some reports have suggested that the Caribao Cup final on April 25 and the FA Cup final on May 15 could be used as trial events.