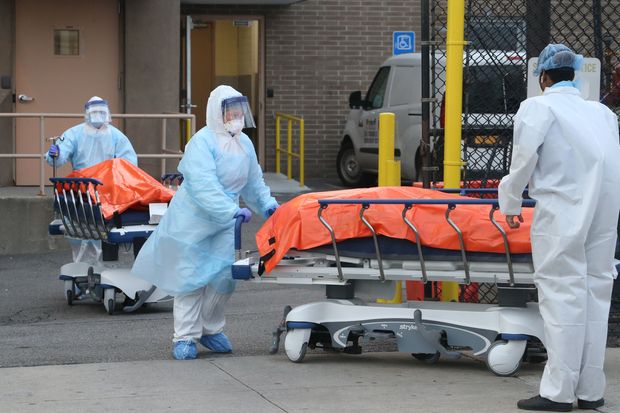 ACCORDING to the Eurostat statistics agency, 450 000 more deaths occurred in countries within the European Union between March and November 2020 compared with the same period in 2016–2019.

And excess mortality in 2020 reached its peak in November.

In a statement, the agency said that the data “gives a general measure of the mortality impact of the COVID-19 pandemic because it includes all deaths independently of their causes”.

“In spring 2020, the number of deaths in the EU started to rise rapidly due to Covid-19: in some parts of Europe, deaths were exceptionally high, when compared with the average mortality of previous years.

“From here came the idea of assessing the impact of the pandemic by looking at the excess mortality, i.e. the increase in the total number of deaths, from any cause, compared with deaths in the previous years,” said the agency.

“During the early rise of Covid-19, the excess mortality in the EU reached its first peak in April 2020, with an increase of 25 per cent compared with the average of the same month over 2016 – 2019,” the agency added.

Between May and July, a lower level of excess mortality was registered, while yet another surge in mortality started in August to September with the next wave of the pandemic.

The excess mortality in the EU was eight per cent above the average in September, up 17 per cent in October and up 40 per cent in November, with the indicator rising in all EU Member States.

Although the excess mortality was observed during the entire year, across Europe, the peaks and intensity of outbreaks varied greatly across countries.

The November peak was particularly deadly for Poland, Slovenia, and Bulgaria, with each of them recording an increase of 90 per cent.

Eurostat stressed that while the substantial increase coincided with the pandemic, “the indicator does not discriminate among the causes of death and does not catch differences across sex and age classes.”

Excess mortality in 2020 reached its peak in November 📊

How did the situation evolve in your country ❓