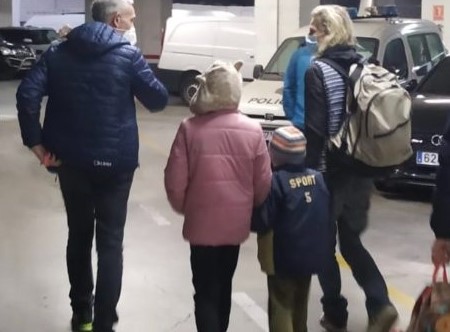 Finnish siblings ‘kidnapped’ by their mother have been found at a ‘hippie commune’ in Granada.

THE woman and her children aged 13, 10, and four, were taken from their home country by their mother and brought to Spain where they joined a commune in the Alpujarra.

National Police had received an international request for collaboration from the Assigned Police Unit of the Sirene Office of Finland in Spain, though it’s not clear exactly when the mother absconded with her kids.

In a coordinated operation between the two countries, officers from the Juvenile Group of the Police Unit Attached to the Autonomous Community of Andalucia in Granada the three children ‘abducted by their mother from their country’.

According to the police sources, Finnish authorities had “feared for the children’s integrity” after they were taken by their mother, and once they were located “she at first refused to hand them over”.

After “tough negotiations” between officers, the mother and the leader of the commune, the woman agreed to hand over the children and they were taken to a protection centre at the disposal of the Finnish authorities for their repatriation.

The Finnish Police and the country’s minors’ protection authorities issued a formal statement of appreciation to the Spanish Ministry of Justice for its continued cooperation which led to the recovery of the children and their mother.