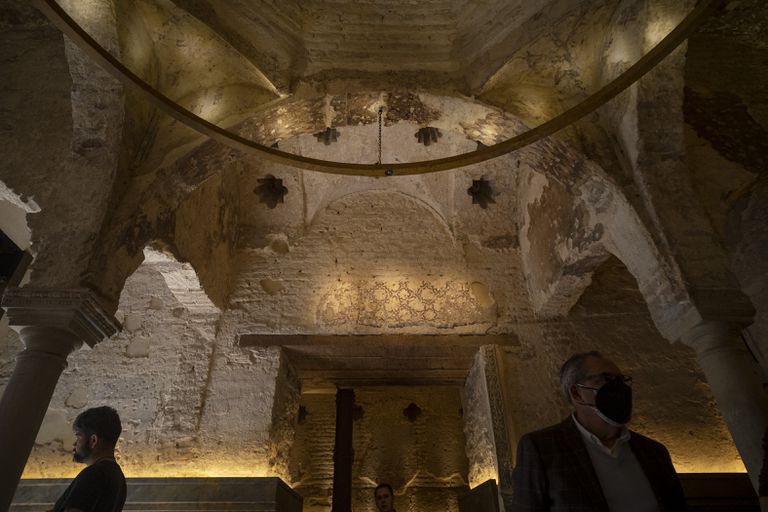 A true hidden wonder was discovered during recent renovations at a famous bar and restaurant in Sevilla, when building work uncovered a stunning 12th-century Islamic bathhouse behind the 1920s plasterwork on the walls and ceilings. The owners of the Cervercería Giralda decided to use the lull in business during the coronavirus pandemic during the summer to spruce up their tapas bar, and although there had long been rumours that they were built on a historic site, nothing could have prepared them for what was uncovered.

“There was talk that there were baths here, but not all the historians were convinced and some thought it was all much later,” said Antonio Castro, one of the Giralda’s four co-owners. “We were doing some works and got an archaeologist in, and that’s how the baths were discovered.”

The work then proceeded carefully, and piece by piece, intricate geometric patterns emerged from the walls and incredible eight-pointed skylights were discovered in the ceiling.

“As soon as we saw one of the skylights, we knew what it was; it just couldn’t have been anything but a bath,” said the archaeologist Álvaro Jiménez. “We just had to follow the pattern of the skylights.”

“Decoratively speaking, these baths have the largest amount of preserved decoration of any of the known baths on the Iberian Peninsula,” said the archaeologist.

“Absolutely everything here is decorated, and, luckily, it’s survived. The background is white lime mortar engraved with geometric lines, circles and squares. On top of that you have red ochre paintings of eight-pointed stars and eight-petalled multifoil rosettes. Those two designs alternate and entwine and adapt to the different geometric shapes of the skylight holes.”