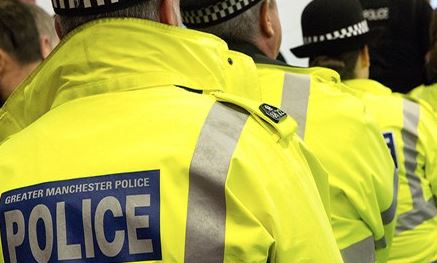 DETECTIVES have launched a murder investigation after the death of a man in the Moston area of Manchester following a stabbing in the early hours of this morning, Thursday, February 18.

Shortly after 4.50am, officers were called to reports of an incident in Whitstable Road, and when emergency services arrived, they found a 39-year-old man in “a critical condition with wounds to his arm and chest”.

He was rushed to hospital but, despite the best efforts of medical staff, he died shortly after 11am this morning.

Two men – aged 20 and 21 – have been arrested on suspicion of attempted murder and remain in custody for questioning.

A 41-year-old man was also arrested on suspicion of attempted murder and has since been released with no further action.

Police have warned to expect an increased number of patrols in the area over the coming days.

Investigators from GMP’s Major Incident Team (MIT) believe it is an isolated incident and are appealing to the public for any information as part of their inquiries.

Detective Inspector Gareth Davies, of GMP’s MIT, said: “This is a devastating incident and our thoughts immediately lie with the man’s family and ensuring that they get all the answers possible as to what has tragically happened here.

“Our investigation is in its infancy and there are several lines of inquiry we are pursuing to begin to ascertain the circumstances of this incident but it is vital we hear from any members of the public with information – a man has lost his life and if you know something I implore you to get in touch.

“What we do know is that the victim had left an address on Whitstable Road and was found a short time later to have been stabbed a number of times – injuries which have proved to be fatal.

“We have two men remaining in custody but we are keen to speak to anyone who lives around the area and who may have even the slightest bit of information that may support us with our investigation.”