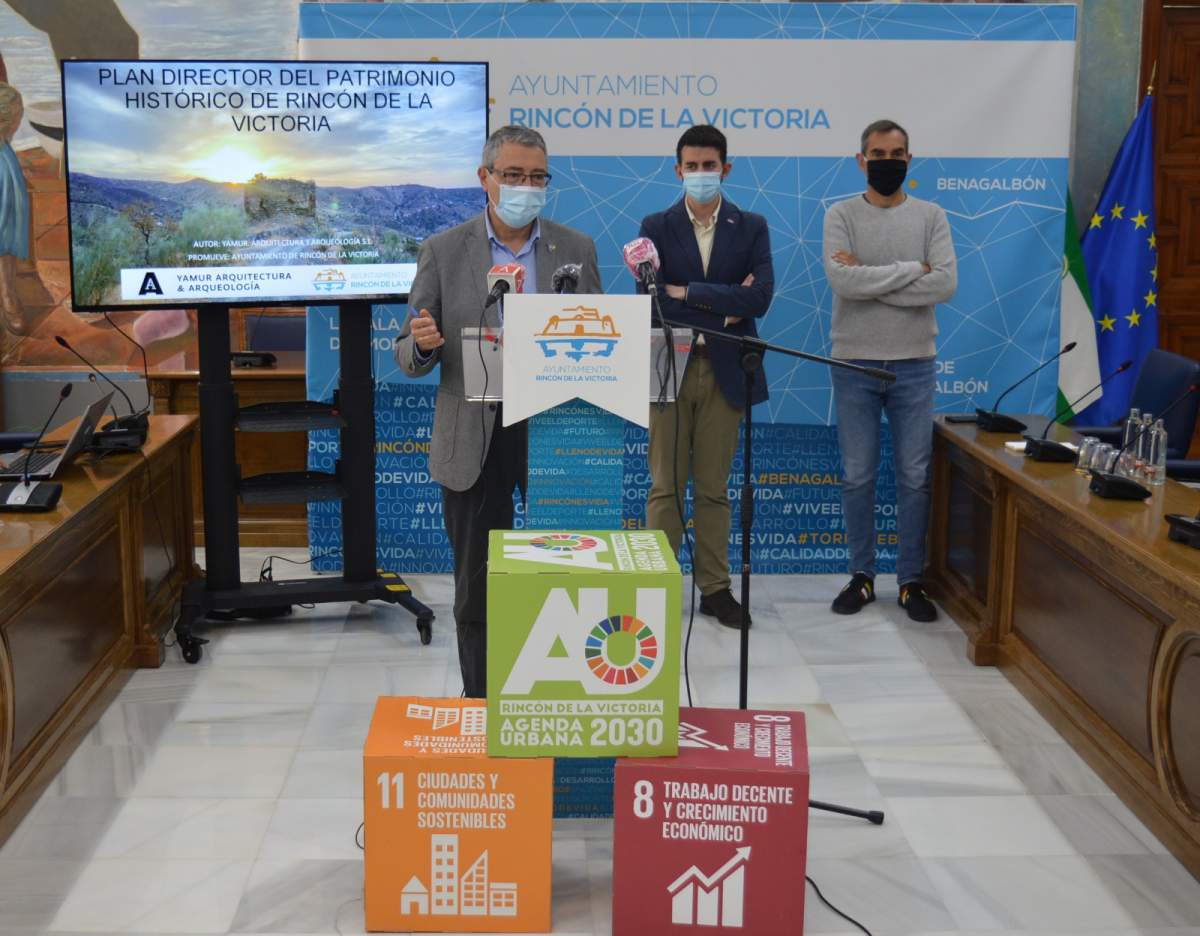 THE Mayor of Rincon de la Victoria has spoken of the area’s “exceptional heritage.”

Mayor Francisco Salado made the comments as he spoke about his plan to transform Rincon de la Victoria’s heritage.
Speaking with the Councillor for Urbanism and Historical Heritage, Miguel Angel Jimenez, the mayor presented his Historical Heritage Plan, the first of its kind in Malaga.
Mayor Salado said it was, “an ambitious and realistic project, the roadmap for the next few years that includes elements that date from prehistory to the most recent, in the twentieth century.”
The politician said: “We need to conserve and protect in a planned way, highlighting the main sites and creating information and management networks.”  He also spoke of wanting to create, “a Museum in Rincon de la Victoria, and preserve and value the ethnological heritage of the municipality.”
The council said it wants the plan to focus on El Cantal, Bezmiliana, Villa Romana, Benagalbon and its hills with Tio Cañas and Cerro Bartolo and Granadillas-Capitana with Torreon de Albendas.
The news comes after Rincon de la Victoria announced it would host the sixty-fifth edition of the Spanish Junior Women’s Indoor Hockey Championship.
The final of the Spanish Youth Women’s Indoor Hockey Championship, which faces the best eight teams on the national scene, will be played in Rincon de la Victoria, as announced by the Sports Councillor, Antonio Jose Martin.
The event will take place in the `Ruben Ruzafa´ pavilion in Torre de Benagalbon on February 19, 20 and 21.
The councillor said: “The final was scheduled for this same date in Viator (Almeria), but due to its cancellation due to the pandemic situation in the area, we have offered our facilities to host this high-level competition.”
Mayor Salado, spoke of, “the importance of the event that puts us back on the sports map of national importance, and it is also another example of our commitment to grassroots sport.”